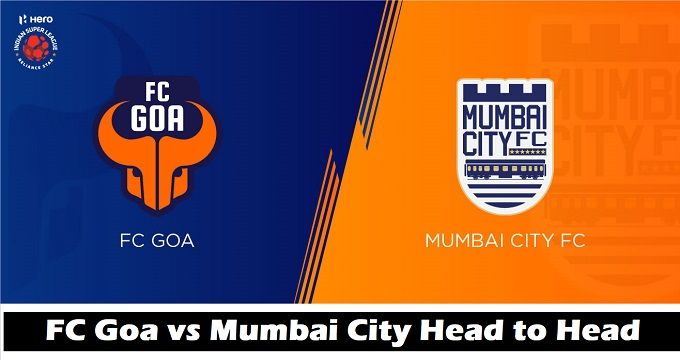 FC Goa is all set to take on Mumbai City FC on 25th November for their second match of the season. Before the exciting game, know the ISL 2022-21 FC Goa vs Mumbai City FC head to head records, match preview and prediction who will win.

Goa, who are the defending table-toppers failed to register a victory in their opening match against Bengaluru but made a remarkable comeback being 2-nil down. While on the other hand, Mumbai City were handed a forgettable defeat. Thus, both the teams would be looking for their first victory of the season when they meet each other.

Well, it’s not just prediction, instead, it’s a calculated prediction based on their performances since the inception of the league, their current form, squads, and most importantly their head-to-head results. Hence, FC Goa vs Mumbai City FC prediction and analysis are as follows.

Goa has been superb in the league as they have consistently performed well and proved themselves to be one of the best teams in the ISL. They have just had one bad season out of 6 they played in.

Mumbai City Fc on the other hand has struggled to find a footing in the league. The team had just 2 good seasons in their 6 seasons in the ISL.

Thus, to form a conclusion based on both team’s performance since the league started then Fc Goa is a way better team than Mumbai City Fc.

Fc Goa and Mumbai City Fc have faced each other 14 times in the league and Fc Goa has emerged the better team as they have won 7 times out of those 14 encounters. Here is the detailed list of their head-to-head performances.

When it comes to head records, Goa has been the better team amongst the two and even their goal scored tally is very impressive.

Another interesting fact to notice is the 2018-2019 season. It was Mumbai City Fc’s one of the best seasons where they were handed the defeat in semifinals. And guess who handed them their defeat? It was none other than the team from Goa.

FC Goa vs Mumbai City FC Prediction: Who Will Win?

While it’s difficult to comment on the current form of both the teams as they have just played just one game each. But looking at Fc Goa’s comeback against Bengaluru and Mumbai’s discipline issues against NorthEast United it won’t be wrong to place our bet on Fc Goa to win this battle. Prediction: Goa 2-1 Mumbai City

But, if there is one thing to Mumbai City’s advantage, then it has to be their head coach Sergio Lobera. Yes, Lobera coached Goa from 2017-2020, and in this season he is coaching the team from Mumbai. Watch FC Goa vs Mumbai City ISL live streaming online on Hotstar and Jio TV at 7.30 pm IST.