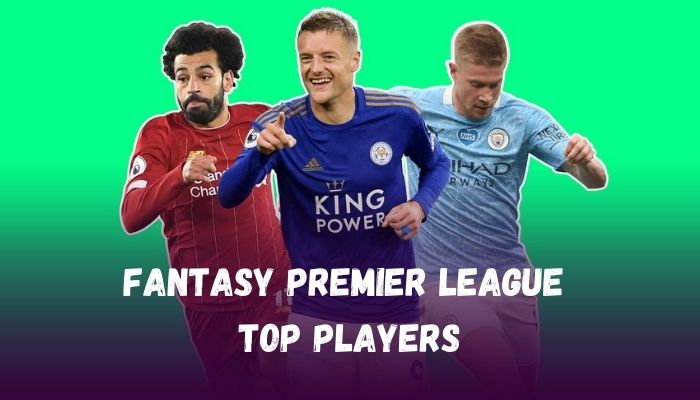 One of the most decorated football leagues, Premier League is just a couple of weeks away. This means Fantasy Premier League 2023-22 start date is near, know the top players to build the best FPL team.

The new season of Premier League will kick off with Arsenal facing Brentford. Fans are excited not only because club football will return but Fantasy Premier League (FPL) will too. FPL adds to the excitement at weekends. With new players coming in and many having position changes, let us see Fantasy Premier League 2023-22 top players which can be most reliable in all areas of the field.

Every year there are changes in the position of a few players. Some move from defenders to midfielders or midfielders to forwards. This season will not be any different. The list of the player with positional changes are out, and 6 players are reclassified. Listing all and how they can affect the Fantasy Team

The back-line in FPL is very important, as defenders and keepers can earn most points. For a clean sheet by a goalkeeper or a defender will score 4 points. Let us look at goalkeepers and defenders to have in the team.

Emi Martinez was the best performing keeper last season and also the 7th highest point scorer. The Aston Villa keeper will be one of the 1st choice keepers. Next in line was Ederson, the City goalkeeper who had the cleanest sheets, followed by Mendy of Chelsea.

Illan Meslier of Leeds United was a surprise last season as he was among the best keepers and high scoring players. De Gea or Dean Henderson, whoever gets the nod, will be in high demand with the centre-back pairing of Maguire and Varane.

8 Reasons Why Arsenal Will Not Collapse After the World Cup

The Liverpool full-backs were dominated the scores chart last season and will again be the top choice for many. Cresswell, West Ham full-back, was a key player in Hammers success last season, and the team will rely on him to continue his great form.

When it comes to clean sheets, Manchester City pair Ruben Dias and Stones were the best. Aston Villa centre back pairing next, Mings and Targett can be included in a back 4. Chelsea looked very strong defensively, and Chilwell will be a good backup option, an attack-minded full-back alongside Lucas Digne.

This is where Fantasy League players lose points and fall in rankings. Getting midfielders right is very important, few players who keep scoring points every game week. Bruno Fernandes is the first choice of almost every player. The United captain is in charge of penalties and was the top assisting midfielder. The top-scoring midfielder was Salah, and the duo of Salah and Bruno can bring glory to your Fantasy Team.

Jack Grealish, Kevin De Bruyne and Son will be the next best options if low on cash. Soucek was incredible last season and can be included in the team, but it will be a gamble.

Stuart Dallas, the newly classified midfielder, will catch the eyes of many. A cheap and reliable option. This might be the season of the Chelsea duo, Mount and Havertz, including them, can be very beneficial. Other options will be McGinn, Zaha and Ward-Prowse.

Last season saw some new names dominate the scoring charts. Dominic Calvert-Lewin had an incredible start to the season, even though he slowed down in 2nd half of the season, he was one of the top strikers in the league. Next was Patrick Bamford, the Leeds striker was a great backup option for Fantasy League players.

Harry Kane was the star and treat of every Fantasy League player. The England international did not stop scoring or assisting goals. Even though his future is uncertain, he can be relied upon to produce big points. Watkins and Vardy are good backup options alongside Cavani and Aubameyang.

In football, no one can exactly predict which player will rise to the occasion. Any world-class can have a goal drought or a string of poor performances. The only way to select players for your team is by looking at the fixture and predicting who will probably win the match and if the opponent can score a goal.

That’s why getting defenders from a good team is always beneficial, with 1 or 2 defenders who have a chance to provide an assist. It’s best to rely on named players when it comes to midfield and forward. A costly player alongside cheap players who will at least play the full match or have a bit of influence.

It will be another exciting season for Fantasy Premier League Players with many new players that can be added to their teams like Jadon Sancho, Varane, Lokanga, Demarai Gray, Junior Firpo, Konate and Trincao.