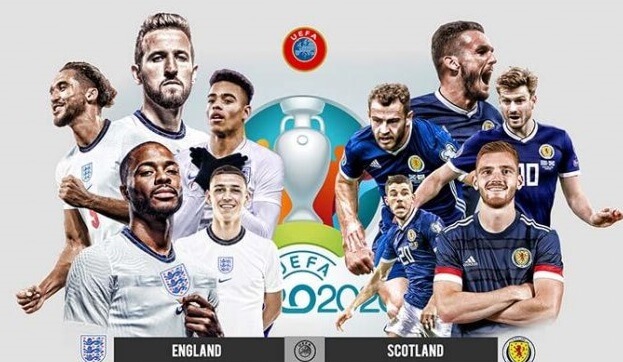 As Euro 2022 progresses further, England will face Scotland in round two of the tournament. England will be eyeing the top spot of Group D as they look forward to the next stage of the Euro 2022 game. Make sure you watch Euro 2022 Group D fixture; here is everything you need to know about England vs Scotland live stream soccer match.

What time does England vs Scotland kick off?

England takes on Scotland on Friday, June 18 and the match will kick off at 8 PM UK time, 3 PM (ET) and on 19 June, 12:30 AM (IST). The game between England vs Scotland is set to be played at the Wembley stadium in London.

How To Stream Live Free England vs Scotland in the U.S.

fuboTV, ESPN App and Prende TV will provide live streaming of the Euro 2022 fixture in the U.S. PrendeTV will show the match in Spanish, and the game will kick off at 3 PM ET in the USA.

How can I watch England vs Scotland live stream and what tv channel is on?

Fans in the UK can watch the game on ITV and STV channel. English fans also live stream England vs Scotland online match on ITV Hub. The match will kick off at 8 PM BST.

JioTV and SonyLiv app will provide live stream of England vs Scotland on 19 June, 12:30 AM IST.

England will be looking towards securing qualification to the knockout stage as it hosts Scotland in the second round of Euro 2022. England kick-started their campaign with a narrow 1-0 victory over Croatia.

The three lions will capitalize on this victory and enter this fixture against Scotland to top their group. England currently stands second in Group D because of the goal difference.

Scotland had a horrible start to Euro 2022 as they were defeated 2-0 by the Czech Republic. The Scots will be eyeing their first points of Euro 2022 as they face their rivals England. Scotland is the last-placed team of Group D.