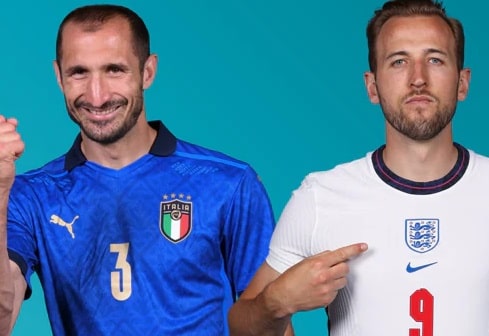 England vs Italy Prize Money: How Much Euro 2022 Winners will Earn?

The exciting football contest of the Euro 2022 final is all set to take place between England vs Italy tonight. The English football team is eying on their first Euro trophy while Italy will look to end their long wait for the European champion. The game will be played at iconic Wembley Stadium.

The prize money of Euro 2022 has been increased by the UEFA that means the total prize money to earn is around €371 million, which is quite massive. Every participating team in the tournament will earn something irrespective of where they finished in the Euro 2022.

England vs Italy Prize Money: How much could both teams earn?

Italy and England have made it through the Euro 2022 final to pocket the maximum share of Euro 2022 prize money. Both the teams will earn money for every qualification, Group stage to become winners of the competition.

Italy team is undefeated in the competition, and if they beat the English team in the final, the team will take home Euro 2022 prize money of €34 million.

How much Euro prize money will players get?

The players of both teams will receive 40 per cent of the team’s earnings along with the match fee for each game.

The Euro 2022 finalists, Italy, and England players could earn around €500K each from the prize money.

After four weeks of football action, the Euro 2022 final to be played tonight between England and Italy. Both the teas are just a step away from the biggest European title and huge prize money rewards. You can catch the live score of the final here on UEFA’s official website.