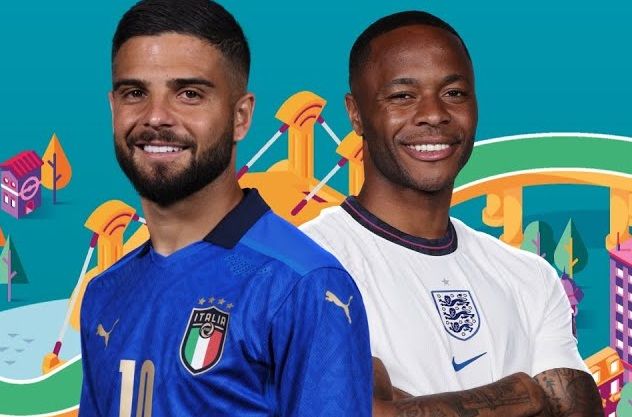 England vs Italy Live: How to Stream Euro 2022 Final online or on tv channel

This Sunday will see the crowning of a European champion. The final of the Euros is all set to play out between Italy and England. Make sure you know how to watch England vs Italy live stream Euro 2022 final game. The mouth-watering clash is set to take place on the 11th or 12th of July, based on your time zone. The English will be looking to end their title drought of 43 years at Wembly.

This is Italy’s 10th major tournament final (6 World Cup, 4 Euro). For England, it’s the longest gap between major finals for any European nation (55 years for Euro/ WC). They are the 13th different nation to feature in a European Championship final.

How to watch the Euro final, England vs Italy live stream in UK?

IF you are not one of the lucky few to get a ticket to the Wembly, you can watch the final from the comfort of your home. Italy vs England live Euro final is available for free on the BBC iPlayer (4K) and ITV Hub in the United Kingdom (HD).

If you’re a UK citizen trying to watch from another country, make sure you use a VPN (ExpressVPN) to get a free live stream of Italy versus England wherever you are.

SonyLIV is the official broadcaster for Euro 2022 in India. England vs Italy live streaming is available on the SonyLIV app and sonyliv.com. Along with the app, one can watch it on the Sony Broadcast network on their televisions.

In the United States, the Euro 2022 final will be broadcast live on ESPN and ABC. If you have a cable bundle, you can watch Italy vs England on the ESPN and ABC websites if you have a subscription.

Italy: Roberto Mancini will look to stick to his recipe for success so far. The man in a goal being Gianluigi Donnaruma. The stable defence of Georgio Chellini, Leonardo Bonucci, giovanni Di Lorenzo and Emerson Palmeri.

The midfield room will set to feature Marco Verrati, Jorginho and Barella. The attack will see Lorenzo Insigne, Ciro Immobilr be definate starters.

The only decesion Mancini will have to make on playing Federico Chiesa or Domenico Berardi down the right flank.

England: Gareth Southgate has received a ton of scepticism over his starting 11 choices, but it works well for England. Jordan Pickford is a sure starter in goal.

The 3 attacking midfielders look to be Sterling, Mount and Bukayo Saka, although eyes will e raised if Jadon Sancho is not picked. The main man up top will be Harry Kane.