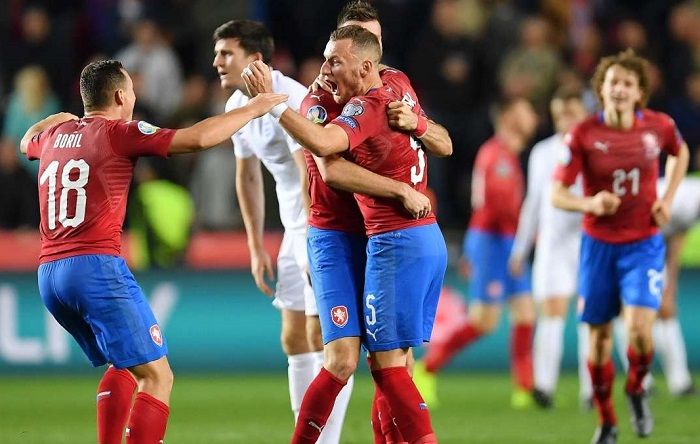 England vs Czech Republic live stream: How can I watch the Euro 2022 game online or on TV in the UK

Czech Republic is all set to take on England at the top of Group D’s table clash in Euro 2022. The two teams will face each other in an epic encounter for the knockout stage qualification of Euro 2022 tonight at Wembley Stadium. The high voltage clash of Group D fixture in Euro 2022, England vs Czech Republic live stream will be available on BBC and ITV.

The Czech Republic is in their best form ever and will unlikely make any changes to their starting lineup.

England manager Gareth Southgate has faced heavy backlash after his poor selection woes. Despite having quality players in the English squad, Southgate has hesitated to make any changes.

Limited chances to Jack Grealish and Rashford and total abandonment of Jadon Sancho has caught the England manager in hot waters. If Southgate wants a positive result from England’s final group match, he will have to revamp his lineup. Harry Maguire will most likely start against the Czech Republic.

What time does England vs Czech Republic kick-off?

Where to watch Czech Republic vs England Euro 2022 in the US?

Soccer fans in the US can watch round three matches of Euro 2022 between the Czech Republic vs England on ESPN. Fans can avail of the live stream on fuboTV, ESPN App, Prende Tv.

The fans in the United States also have the option to watch England vs Czech Republic live stream for free by using ExpressVPN through ITV Hub.

How to watch Czech Republic vs England live online?

ITV and ITV 2 will broadcast the Euro 2022 live coverage on TV in the UK. Fans will also be able to live stream Czech Republic vs England game on ITV Hub.

Football fans in India will watch the match on Sony Ten2, Sony Ten3, Sony Six channel. Livestream will also be able on Jio Tv and Sony Liv App. The Czech Republic vs England will kick off in India on 23 June, 12:30 AM.

Czech Republic has emerged as the unexpected Group leader as they top the group D of Euro 2022. The Czechs have displayed solid performances in their two group matches and remain undefeated going into this fixture against England.

Spearheaded by their in-form striker Patrick Schick, Czech Republic convincingly won their opening match against Scotland and drew 1-1 against Croatia in the next match. Schick has scored all three goals of Czech Republic in this tournament and is the joint top scorer.

England has had a miserable Euro 2022 campaign. Inconsistent performances, poor lineup selection and lack of goalscoring abilities have affected the Three Lions. Harry Kane’s goal drought is a cause of concern for England.

The England captain has failed to open his goalscoring account in this tournament. Even with such troubles, England stands second in their group after their narrow 1-0 victory against Croatia in the opening match and a goalless draw in round two against Scotland.