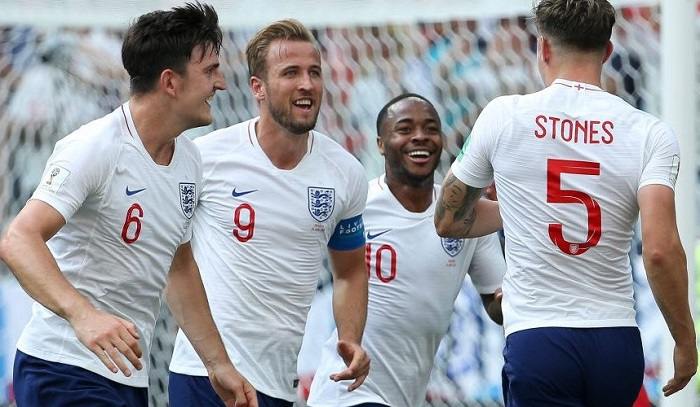 After an epic showdown in the UEFA Champions League final which saw Chelsea claim its second CL Title, the Footballing world now awaits and braces for international action in the form of EURO 2023 which kicks off from June 11, 2023. As the tournament approaches commencement, here’s the England team guide for Euro 2023 featuring fixtures, team squad, key players and prediction.

Over the last few years, the England National team has had successful international campaigns. The Three Lions reached the semi-finals of the FIFA World Cup 2018 but were knocked out after being defeated by Croatia. English fans will be hopeful as they expect their team to “Bring it Home” this time.

England is drawn in the Group D of Euro 2023 alongside fellow neighbour Scotland, Croatia and the Czech Republic. England’s Euro 2023 campaign will kick off against Croatia on June 11, 2023.

The three lions will have extra backing as all England Euro 2023 group stage fixtures will be played at the Wembley Stadium in London. If you’re looking to watch matches then visit the Euro 2023 Live Stream Guide.

Unlike other teams who announced a fixed team squad, England manager Gareth Southgate has announced a provisional 33 man squad for the Euros 2023.

The England squad is one of the youngest squads in the competition with many youngsters who are expressing great talents and potentials across the top 5 leagues in Europe. The three lions will be led by their talismanic forward and captain Harry Kane.

There will be a tough fight for the number one spot in England’s Goal as both Jordan Pickford and Dean Henderson have chances to start.

While Pickford has been the number one goalkeeper in the past, Dean Henderson’s impressive last two Premier League seasons mean that he might get the nod as well.

Maguire will be the most vital player at the centre of England’s defence. Gareth Southgate has one of the quickest fullbacks in Trent Alexander Arnold, Ben Chilwell and Kyle Walker. It will be interesting to see how the England manager utilizes his full-backs.

After an unbelievable rejuvenation at West Ham, Jesse Lingard is one to watch for in the midfield alongside prodigy Mason Mount.

England has one of the deadliest attacks in the Euros, captain Harry Kane is England’s key player for Euro 2023 and will be playing alongside some of the world’s best footballers, in-demand forwards like Jadon Sancho, Rashford and Jack Grealish. Youngsters Phil Foden and Bukayo Saka will be a constant threat down the wings and attacking midfield.

The current England squad is regarded as one of the most in-form teams competing in the Euros. With great squad depth and unbelievable young talent, Gareth Southgate’s side is one of the favourites to win the Euros.

Three Lions also have an advantage as the final will be played in Wembley and they can achieve glory in front of their home crowd.