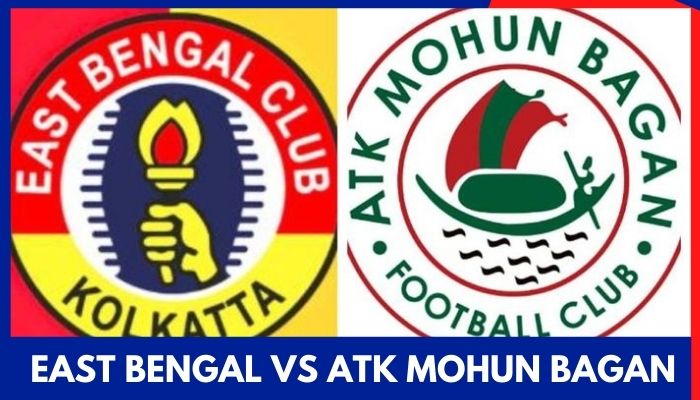 East Bengal vs ATK Mohun Bagan: Date, Time and How To Watch Online or on TV

The wait for the biggest fixture of Indian football is about to get over as East Bengal and ATK Mohun Bagan will be facing each other in the ISL 2022-21 on November 27. Star Sports Network to broadcast the Bengal derby live match in India while East Bengal vs ATK Mohun Bagan live streaming is available on Disney+ Hotstar and Jio TV.

Mohun Bagan vs East Bengal has a rich legacy and rivalry in Indian football as the country gets divided into 2 groups when it comes to watching their game. The fans were handed a shock when it was announced that Mohun Bahan has been acquired by the Shree group and will now merge with ATK to play in ISL, thus no more Mohun Bagan VS East Bengal matches.

However, this wasn’t the case as even East Bengal was included in ISL, which eventually means a better platform and ambience for this huge clash. Ahead of the derby, here’s East Bengal vs ATK Mohun Bagan date, time, and broadcasting TV channels.

ISL 2022/21 commenced on 20th November with ATK Mohun Bagan winning the curtain-raiser match of the tournament. But they will now face their biggest hurdle in the league in their very second match itself.

ATK Mohun Bagan will be facing East Bengal FC on 27th November, which is Friday at 7:30 pm. The match will be played at the Tilak Maidan Stadium.

Both the teams are scheduled to play each other twice in the league, but since complete fixtures haven’t been released yet thus the date for their second encounter will be updated soon.

The exclusive rights to broadcast ISL 2022-21 on TV are owned by Star network, thus the Kolkata Derby will be broadcasted on various channels of Star Network. Although the primary channel for all the die-hard Bengal fans is Star Sports Bangla. While the list of other channels in different languages is as follows.

To watch the match online then the viewers have to switch to Disney+ Hotstar and Jio TV. Disney+ Hotstar subscription can be bought with annual or monthly packages. The packages are available with two options – Disney+ Hotstar VIP pack and Premium pack.

To know more about the Online subscription to watch ISL 2022-21 click here.

If you are outside India and don’t want to miss out on Mohun Bagan Vs East Bengal, then here are some options for you to watch the match live on TV.