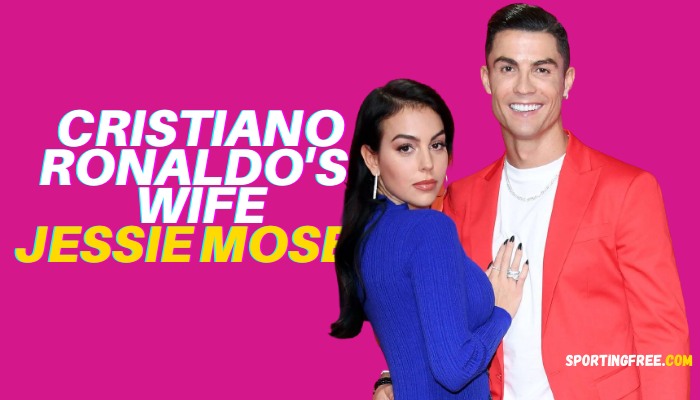 Cristiano Ronaldo’s Girlfriend Georgina Rodriguez: All you need to know about the couple

Cristiano Ronaldo is more often than not in the limelight most of his life because of his marvellous record on the football pitch which gives him legendary status. But when it comes to private and dating life, the Juventus talisman is selectively open. The Portugal captain is in a relationship with Georgina Rodriguez. Here’s everything you need to know about Cristiano Ronaldo’s wife Georgina Rodriguez.

Georgina Rodriguez is a Spanish Model and a former shop assistant buyer. She was born on 27 January 1994 to an Argentine father Jorge Rodriguez and a Spanish mother, Ana Maria Hernandez.

Rodriguez grew up and spent most of her childhood in the Jaca, a city in northeastern Spain. She previously worked as a waitress in her hometown.

How did Cristiano Meet His Wife Georgina Meet?

Georgina Rodriguez and Cristiano Ronaldo met for the first time in 2015 at a Gucci store in Spain when Ronaldo was playing for Real Madrid. At that time, Georgina was working as a sales assistant in the Madrid store. They met once again at another brand’s event. Georgina described her affection towards Cristiano as love at first sight.

News of the couple’s relationship emerged in 2016 when they were spotted together at Disneyland in Paris. Cristiano and Georgina have made their relationship official since then.

The couple has been dating since 2016 and this is Ronaldo’s longest relationship after his breakup with his former girlfriend Irina Shayk. Cristiano Ronaldo and his girlfriend Georgina Rodriguez has never revealed in public about their marriage, so it does not confirm whether the couple is married.

What Does Cristiano’s Wife Georgina Do?

After previously working at a Gucci store in Madrid, Georgina Rodriguez is now a well established model. She has a widespread social media presence and many followers.

According to reports and sources, Georgina Rodriguez’s net worth is around $10 Million.

How many Children do Ronaldo and Georgina Rodriguez Have?

Georgina Rodriguez and Cristiano Ronaldo have one child together. Their daughter, Alana Martina was born in 2017. Besides her own child, Georgina happily looks after Ronaldo’s surrogate twins Eva and Matteo and his eldest son Cristiano Jr. Rodriguez often posts pictures and videos of her spending time with the three toddlers.

Cristiano Ronaldo loves his partner Georgina immensely. Rodriguez also shows her love towards him by supporting the talisman’s career and cheering him.

She has been visiting Ronaldo’s matches since his time at Real Madrid. Rodriguez was seen celebrating with Cristiano when Juventus clinched the 2019 Serie A title.

Georgina and Cristiano Ronaldo are one of the most famous celebrity couples.