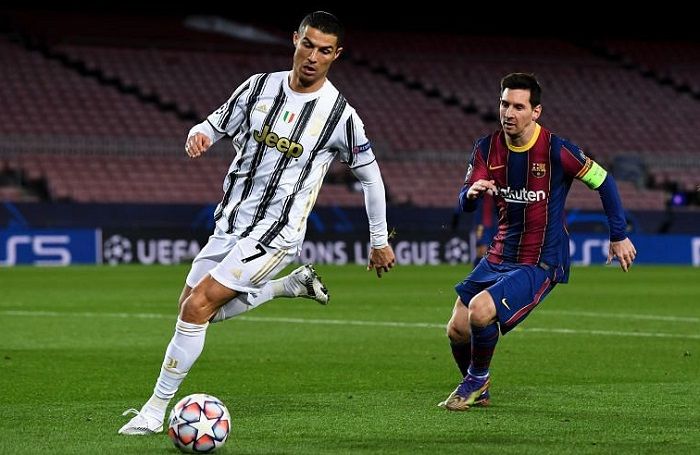 Ronaldo vs Messi Debate: Ever since Lionel Messi and Cristiano Ronaldo took centre stage in football, the world has been divided by the opinion on who is the greatest amongst the two. Such is the greatness of these two legendary players that it is impossible to pick the best from them.

Every single time this debate resurfaces, Messi and Ronaldo add another record to their name to draw things back to level. Everyone who follows football or is involved in the game directly or indirectly seems to have an opinion on this debate. Some current players have also voiced out their take on this never-ending debate.

Arnautovic said: “For me, they are two players who come from a different planet. They have come from somewhere completely different.” “They have arrived here for a short time to stir up all the leagues and competitions, taking all the trophies with them and then quit. That’s him and Lionel Messi.”

These are wise words from Arnautovic and reflect reality. The presence of Messi and Ronaldo blesses the footballing world, and it is unlikely that the world will witness a player of their stature and greatness in the future.

This debate can never be settled, and it is wise for the footballing world to witness the greatness of these two players while still playing. Lionel Messi recently turned 34 a few days ago, while Ronaldo is nearing the age of 37. It won’t be long when one of them announces retirement from the game.

Messi and Ronaldo are currently in action for their respective international teams. While Cristiano Ronaldo is leading Portugal in defence of the Euro title, Messi is single-handedly guiding Argentina in their pursuit of Copa America.