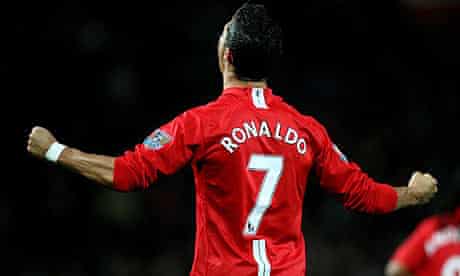 Cristiano Ronaldo broke the transfer news once again after his unprecedented move back to Manchester United was accepted. As his arrival at Manchester is confirmed, the only question left to be answered yet is what jersey number will Cristiano Ronaldo wear.

Ever since Ronaldo caught the limelight during the early days of their career, he is known for his trademark number 7 jersey. He first donned the iconic number seven on his back when Sir Alex Ferguson suggested he wear it during Ronaldo’s early days in Manchester.

Now, as the 36-year-old returns back to Old Trafford, football fans cannot wait to see the Portuguese talisman in the iconic Number 7 United jersey once again. But it seems like Ronaldo might have to settle for another jersey number this season.

Why is Number 7 unavailable for Cristiano?

Ronaldo’s transfer request came in during the last week of the summer transfer window. Manchester United had already allotted and confirmed the number seven jersey to Edinson Cavani, a registered Premier League player for this ongoing season. According to the rules, the Red Devils will have to either sell Cavani or loan him out in order to free the space of number 7, but this seems unlikely as the Uruguayan recently penned a contract extension with the club.

Reports suggest that Ronaldo will have to pick between the available jersey numbers of 12,24, and 28. If this is the case, Ronaldo might go for 28, which he wire in the early days of his first stint at Manchester. However, United’s manager Ole Gunnar Solskjaer and Sir Alex have approached the PL with a special request for the number swap.

There is a slight chance that he might get the number seven. Ronaldo’s arrival diversified United’s attacking options. Reports have emerged that United want to loan out their young winger Daniel James to lessen the crowd in the front. If Leeds United signs James, United might ask Cavani to take up his 21 number jersey and give away the number 7 to Cristiano; fans might see Ronaldo playing with an entirely different number this time.

We will get to know Cristiano’s official jersey number only after his presentation. Till then, fans will have to wait.