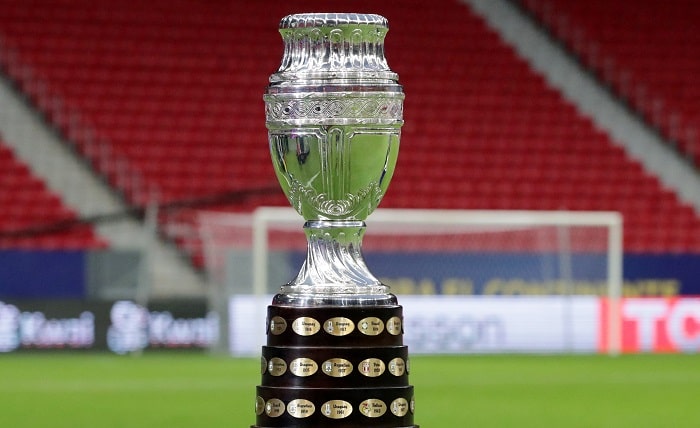 Copa America Winners List: The Copa América was founded in 1916 and is an international association football competition. The trophy is contested by the teams of Confederación Sudamericana de Fútbol (CONMEBOL) members.

It is the South American equivalent of the Euros.  Since the 1990s, teams from North America and Asia have also been invited to compete. Let us take a closer look at Copa America.

Who won the most Copa America titles?

The record winners of Copa America are Uruguay, with 15 titles to their name. Their most recent triumph came in 2011 where they beat Paraguay in the final to take home their 15th title. They have already crashed out of this year’s tournament to the hands of Columbia in the quarter-finals.

Argentina has lifted the trophy 14 times, making them the 2nd most successful nation in Copa America history. Their last Victory came in 1993. The team, with their talisman Lionel Messi will be looking to lift their 15th this campaign.

The ever football-crazy nation have won the competition on 9 occasions. They are also the defending champions after lifting the trophy in 2019. They have already secured a place in this year’s finals and will hope to defend the trophy.