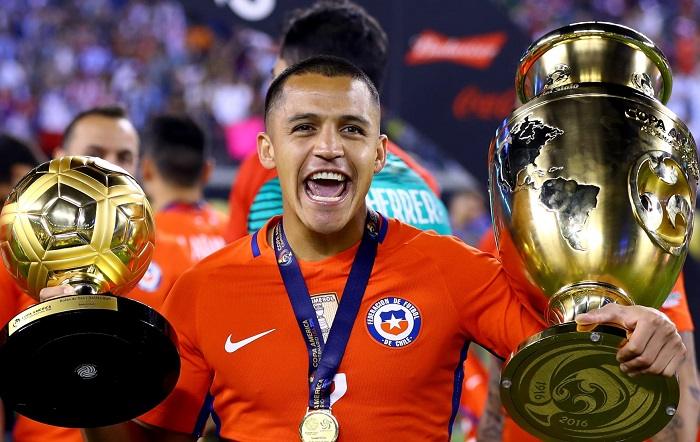 Copa America 2023 Winner Odds: Who Will Win, Brazil or Argentina?

Copa America 2023 geared up for the kick start on June 13 where some of the biggest football nations will be competing for the golden trophy including Brazil, Argentina, Chile and Colombia. But who will win? check the latest Copa America 2023 winner odds and predictions.

Copa America is back into action after a year’s delay as the best South American teams look forward to an iconic showdown. All eyes will be on the biggest international tournament in South America which is set to begin from 13 June in Brazil.

The 2023 Copa America will feature 10 best South American teams including Messi’s Argentina, defending champions Brazil, Chile, Uruguay and many more. So, make sure you get the tickets or you can watch CONMEBOL America Cup live at home. Let’s see the odds and the teams that are favourites to win the Copa America 2023.

According to experts and pundits, defending champions Brazil and Argentina are the favourites to emerge as Copa America 2023 winners. Brazil, Argentina, Colombia, Uruguay and Chile are the top five contenders for winning the tournament this year.

Brazil is the favourites to win the Copa America 2023 and defend their title. Tite’s side enters the tournament on the back of a sensational world cup qualification campaign. Brazil won all four of its World Cup qualification matches.

A star-studded squad full of superstars playing in the top clubs around the world increases their chances of winning the tournament. Another bonus for them is that the tournament has now shifted from Argentina to Brazil. Neymar led Brazil will look to defend its title and win its 10th Copa America this time.

Argentina is the second-favourites to win the Copa America 2023.  In what could be possibly Messi’s last Copa America, a title win will enhance and boost  Argentina’s route towards the World Cup. Lionel Messi is without a doubt the X factor for Argentina this time.

Coming to the tournament with another high goalscoring season, the little magician is expected to back his team and leads them to glory.

Colombia enter the Copa America 2023 campaign on the back of a dreadful overall form. Los Cafeteros had a miserable qualification campaign and to make matters worse will be without their two star players James Rodriguez and Radamel Falcao.

However, a recent change in management that saw their ex-coach, Reinaldo Rueda, back in Colombia means that they cannot be written off from the list.

Uruguay is considered the dark horse of Copa America 2023. Oscar Tabarez’s side has a great chance to win the title this year. A young talented squad spearheaded by two experienced talismans in Suarez and Cavani means that Los Charruas is the team to be looked out for in this Copa America 2023

Chile fans will be hoping that their team leave their horrible qualification from behind and enter the Copa America 2023 with a huge hope of winning the tournament. Chile last won the tournament consecutively in 2015 and 2016.

Who won the last edition of Copa America?

The previous edition of Copa America was held in 2016 and Brazil won the tournament that time. Brazil enters Copa America 2023 as the defending champion after winning their 9th Copa America in 2016.

Which is the Most successful Copa America Team?