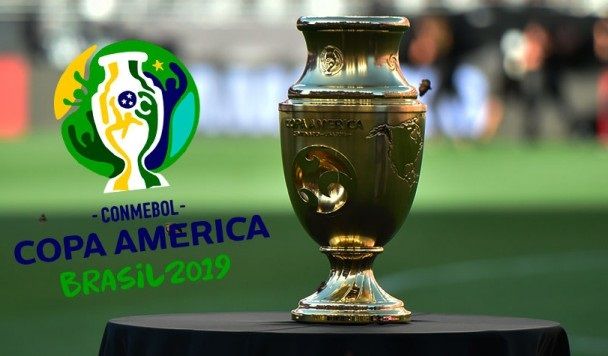 Some of the biggest stars in world football are all set to take on each other as the 46th edition of the Copa America schedule and are out. South America’s biggest football battle CONMEBOL Copa América 2019 is set to take place in Brazil from 14 June to 7 July. Brazil will host the tournament for the fifth time and first time since 1989.

The world football’s heavyweight teams like Argentina, Brazil and Uruguay will fight the shiny trophy this summer. Ahead of this big tournament, here’s everything you need to know including Copa America 2019 Draw, Fixtures, Schedule, Teams, Matches, Timings and more. The 2019 edition of Copa America will feature two teams from outside CONMEBOL. The Copa 2019 group stage features a total of 12 teams in the tournament. Out of 12 teams, the ten teams are CONMEBOL representatives and two teams are from the AFC –  Qatar and Japan.

The draw of Copa America 2019 took place on January 24 where all the 12 teams were drawn into three groups.

The viewers in the USA can watch the Copa America 2019 in both Spanish and English on Telemundo and beIN Sports respectivly.

SporTV has the broadcast rights for the Copa America 2019 in Brazil and DirecTV Sports in South America.