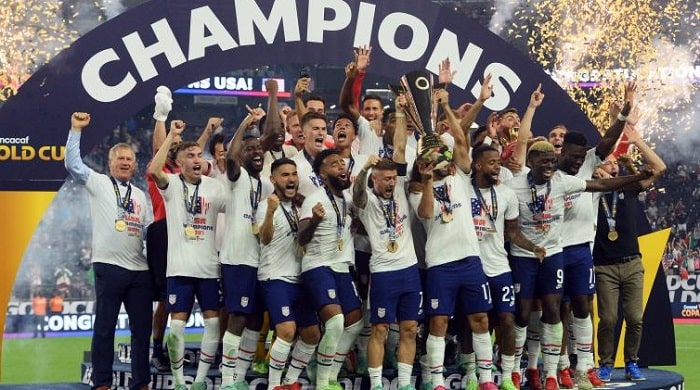 CONCACAF Gold Cup 2022 Prize Money: How Much Winners & Runners up Gets?

The United States won the Gold Cup tournament after defeating Mexico 1-0 in the final. USMNT was undefeated in the entire tournament and went on to clinch the championship title. This victory was the USA’s seventh Gold Cup title. The winners, the USA team received $1,000,000 as the CONCACAF Gold Cup 2022 prize money.

2021 Gold Cup was the 16th edition of the competition. CONCACAF Gold Cup 2022 started on 10 July 2022 and concluded in August with the final, which was played on 1 August. A total of 16 teams participated in the current edition of the tournament, with Qatar being the only non-CONCACAF team that played as the invited guests.

CONCACAF is the main national football competition in North America. The tournament features teams from the Caribbean, Central America and North America, and the tournament is played to determine the continental champion of the region.

Gold Cup 2022 Winner USA earned prize money of $1Million while the runner up Mexico pocket $500,000. All the sixteen participating teams were awarded a participation fee of $200,000.

Player of the tournament

Mexico midfielder Hector Herrera won the Golden Ball Award of Gold Cup 2022, making him the best player in the tournament.

Matt Turner won the Golden Glove at the Gold Cup in 2022. The USA goalkeeper kept 5 clean sheets and conceded just 1 goal in the entire tournament. He was the man of the match in the final against Mexico.

Qatar forward Almoez Ali won the golden boot of the tournament. Ali was the top goalscorer with 4 goals to his name. Overall, 89 goals were scored in 31 matches of CONCACAF Gold Cup 2022.

Young Player of the tournament.

Tajon Buchanan won the young player of the tournament award in the 2022 Gold Cup. The Canadian winger scored 1 and assisted 1 goal in the tournament.

Which is the most successful team in the Gold Cup history?

Mexico is the most successful team of the Gold cup with 8 titles to its name.