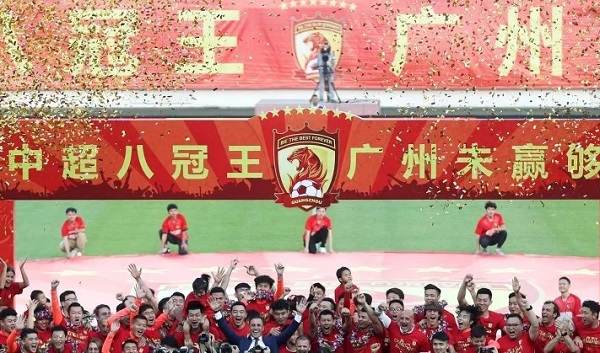 Chinese Super League Prize Money 2022: How Much Does Winner Make?

Chinese Super League is the highest tier of professional football in China. Founded in 2004, the Chinese Football Association is the governing body of the league. Originally contested by 12 teams in its inaugural year, the league has since expanded, with 16 teams competing in the 2022 season. Here’s the 2022 Chinese Super League prize money including how much money the winner will earn.

A total of 32 teams have competed in the CSL since its inception, with 8 of them winning the title: Guangzhou (eight), Shandong Taishan (three), Shenzhen, Dalian Shide, Changchun Yatai, Beijing Guoan, Shanghai Port, and Jiangsu (all one title).

The current Super League champions are Jiangsu, who won the 2022 edition. The Chinese league is steadily increasing its reach and is the most famous league from Asia.

Chinese Super League commences in February or March and ends in November or December. In each season, each club plays every  other clubs twice, once at home and another away.

With 16 clubs currently in the Super League, teams play 30 games each, for a total of 240 games in the season. The two lowest-placed teams by the end of the season are relegated to the China League One.

The Chinese Super League is one of the richest leagues, the salaries and wages offered in the league has attracted many talented players and coaches to join the league. The league has attracted players like Oscar from Chelsea, Yannick Carrasco from Atletico Madrid, Cedric Bakambu from Villareal, Paulinho from Barcelona. Coaches like Fabio Cannavaro, Manuel Pellegrini and Rafael Benitez have managed in the Chinese super league.

Football has a strong financial backing in the country. All clubs are formed by the money pooled by different investors. President Xi has set out a 10-year plan, running from 2015 to 2025, to double the size of the Chinese sports economy to more than £600 billion, based on state and private investment in football.

The annual revenue for the Chinese Super League (CSL) in 2015 was amounted to 1.5 billion yuan (230 million US dollars), title sponsor of CSL will pay 170 million yuan (26.3 million dollars) to the league.

Besides, the two official providers of CSL will offer 50 million yuan (7.74 million dollars) each. 10% of the revenue will go to the Chinese Football Association and the remaining money will be distributed among the 16 clubs.