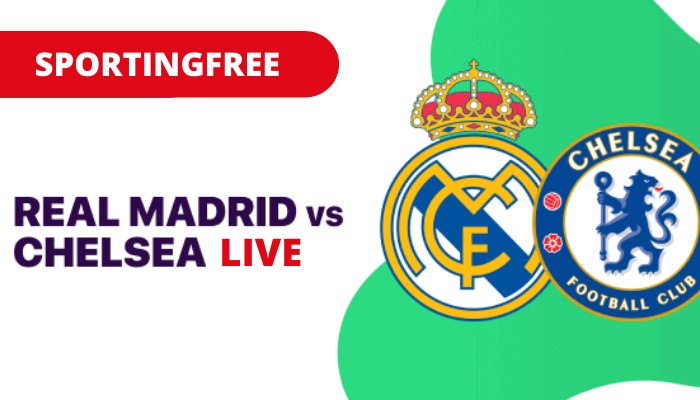 Chelsea vs Real Madrid live stream: When and where to watch the UEFA Champions League semi-final? who will reach the UCL final, Chelsea or Real Madrid?

Chelsea faces Real Madrid in the second leg of the Champions League 2020/21 semi final stage at the Stamford Bridge. Thomas Tuchel’s side has a slight advantage in the fixture by scoring a vital away goal in the first leg. However, Real Madrid have the experience of triumphing in the big stages. It is an unmissable clash, so make sure you watch Chelsea vs Real Madrid live stream online from any part of the world.

Both sides are eager to put up a great fight and gain the upper hand in the night. Winners of the tie will meet Manchester City in the finale of the Champions League in Istanbul.

How to Watch Chelsea vs Real Madrid Live stream in the UK/US?

Chelsea vs Real Madrid will telecast live in the UK on BT Sport2 (HD) and BT Sport Ultimate (4K) TV channel. BT website and the BT Sport app will live stream the game at 7.30 pm BST. Sky TV users can add BT Sport to their existing plan for just £30 per month.

The kickoff is scheduled for 8 pm (BST). BT has the rights to show all UEFA competitions in the UK. The existing BT TV customers can get the live coverage of the UEFA Champions League at a cost of £7.50 by upgrading to the BT Sport channels pack. In case you are a BT Broadband customers, watch the game on the BT Sport app.

For US spectators, CBS all access is the platform they should look for. Chelsea vs Real Madrid live stream will be available on Paramount +. The kickoff is at 9 pm (CET).

Watch the Champions League live telecast in India and Australia

As usual, Sony Ten 2 will broadcast the game between Chelsea and Real Madrid beginning at 12:30 am. Indian fans can also live stream the game on SonyLiv or on the Jio TV.

Australian viewers have Optus Sport to thank for telecasting the fixture. Optus Sport live will be the centre of live streaming. Optus service is available on Android and IOS device.

DAZN has the rights to broadcast Champions League games in Canada. Fans from Austria, Germany and Japan will also be able to view the match on the platform. Champions League live streaming will be available on free trials and premium.

With the DAZN, fans can watch Chelsea vs Real Madrid live stream free with a one-month free trial that can be cancelled at any time.

Chelsea won’t be able to welcome Matteo Kovacic back in the squad due to a hamstring injury. The Croatian was rested in the weekend. Antonio Rudiger is back in the fold and available to start. Rest of the squad is fit.

Real Madrid’s big injury boost is the return of their captain Sergio Ramos. Although Raphael Varane is ruled out hours after declared fit. He has suffered a muscle injury unfortunately. Dani Carvajal and Lucas Vazquez are other long term absentees.

Even if you have subscribed to the relevant Champions League rights holders, you won’t be able to use them when outside your own country. The service will know your location based on your IP address, and will automatically block your access.

A Virtual Private Network (VPN) helps you get around this obstacle. A VPN creates a private connection between your device and the internet, such that the servers and services you’re accessing aren’t aware of what you’re doing. All the information passing back and forth is entirely encrypted.

There are many VPN providers out there, with some more reliable and safe than others. As a rule, we’d suggest a paid-for service such as ExpressVPN which offers a 100 per cent risk-free money-back guarantee. If you’re not happy with the service any time within the first 30-days, then you can cancel with no penalties at all.