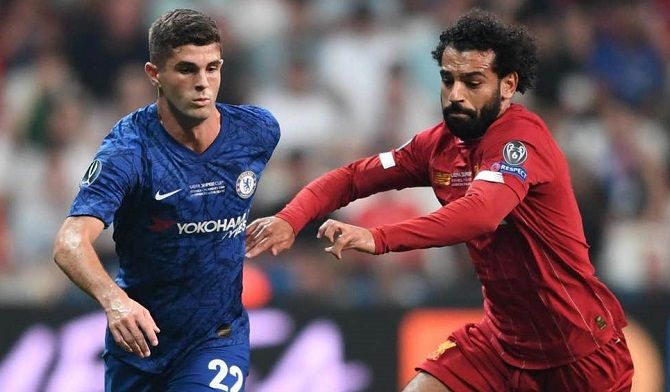 Jurgen Klopp’s Liverpool will face Frank Lampard’s Chelsea in their next Premier League fixture. Talking about the current season, Liverpool has played like champions and have won all their games. Liverpool is on top of the points table. Chelsea, on the other hand, has not been in a good run. They have won only two out of the five games they have played.

The only positive for Chelsea has been their young stalwarts, Tammy Abraham and Mason Mount. Both have shown great potential and could be a major asset for Lampard and the club. Liverpool vs Chelsea is taking each other at Stamford Bridge in the Premier League 2019. Here’s how to watch Chelsea Vs Liverpool live online and on TV around the world. The attacking trio of Mane, Firmino and, Salah will once again be a highlight of the tie. Virgil Van Dijk will also be crucial in set pieces. Naby Keita and Alisson Becker will not travel to Stamford Bridge.

For Chelsea, Tamyy Abraham and Mason Mount have shown good early signs. However, Mount suffered an ankle injury in the Champions League game against Valencia and is likely to be sidelined for the match.

Chelsea vs Liverpool can be streamed live on the following platforms:

The worldwide fans can watch audio commentary of Chelsea vs Liverpool live and a full match replay on Chelsea TV.

Liverpool is in fine form. The Reds have dominated the Premier League this season and could clinch another victory at Stamford Bridge. Chelsea has been suffering. Frank Lampard himself has been under strong criticism as a manager. A victory in this fixture could prove to be a huge boost for his managerial career ahead.