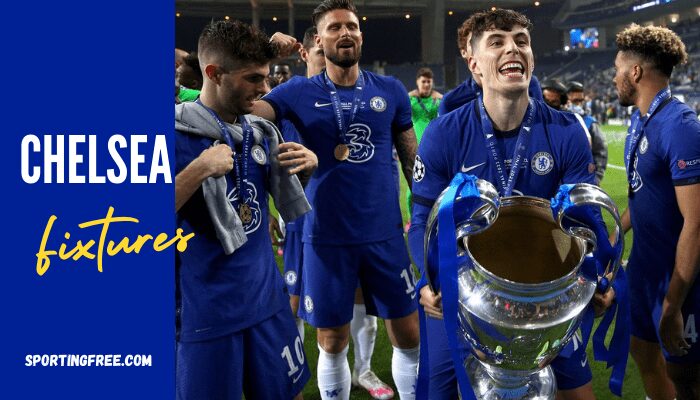 The Blues fans can start marking dates for the 2022/22 season, with the Chelsea Premier League 2022/22 fixtures has been released. The Blues finished fourth in the league last season and will be looking to dethrone Manchester City this season after winning the Champions League.

Tuchel’s first full season will be off to a tough start, with the Blues facing 4 of the “Big Six” in their opening 6 games. Chelsea begins their campaign at home to Crystal Palace, then there are two tough away games against Arsenal and Liverpool. Thereafter, Aston Villa will visit Stamford Bridge before Chelsea travel to north London to face arch-rivals Tottenham Hotspur at the start of September.

Then comes a rematch with Man City as in the Champions League final, as the defending Premier League champions attempt to avenge their 1-0 setback in May.

Who Will Win In The Race For The Title? – Premier…

Chelsea will visit Aston Villa on Boxing Day before facing Brighton at home on December 28. They host Liverpool on New Year’s Day, followed by a double-header against Man City and Tottenham in consecutive league games.

Chelsea faces a newly promoted London side in Brentford on the 16th of October. They face the west London side again on April 2, but this time at home.

Chelsea’s season comes to a close in May with a home match against the Wolves. They then play an away fixture against Manchester United, with both teams looking to be challenging for the title. On the final day of the Premier League season, Chelsea host Watford.