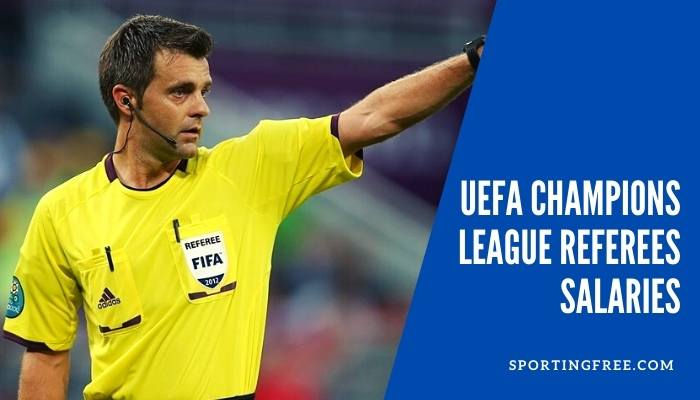 UEFA Champions League is the biggest club competition in the world. Domestic league winners across Europe battle for the crown of being the champions of Europe. The stakes get bigger when the competition is bigger, it’s not just the clubs, player, and the management who aces up their A levels but also the referees who need to pull up their socks. A recent study has revealed the 2022/22 UEFA Champions League referees salaries along with per match fees.

Similar to how UEFA selects the best teams for the high voltage event, they also pick the best referees from the best domestic leagues across Europe.

Thus, UEFA has created a panel called UEFA Elite Panel where the best referees are allocated for some big mouth-watering fixtures in the Champions League. But do you know how much these elite referees charge for the 90-minute work? Who is the highest-paid referee in the champions league in 2022/21?

There are 4 referees in a Champions League match, one being the match official, 2 assistant referees, and a 4th umpire. The league doesn’t fail to disappoint any official by their paychecks, as all the referees are paid handsomely for their work.

They have categorised their allocation of referees into five types of divisions and their basic wages differ accordingly. The list of the basic wage of UEFA referees is as follows.

The Referees included in the Elite panel are the highest-paid referees and must hold experience of at least 5-6 years.

UEFA offers 6 referees a whopping sum of $10,000 per match which is higher than Premier League referees. Daniele Orsato took the most money back home as he officiated more matches and also the 2019/2020 Champions League final between Bayern Munich and PSG. Thus, Orsato is the highest-paid referee in the Champions League.

Disclaimer: All the facts and numbers about Champions League referees salary are based on the analysis, research and reports released by the trusted sources.