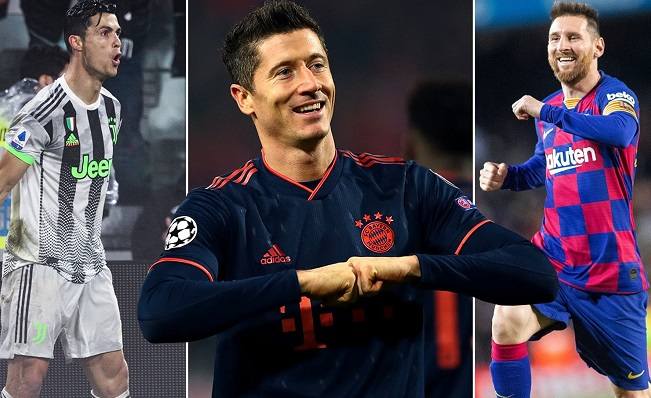 Who is the leading footballers in the Champions League all-time top scorer? let’s find out.

The biggest football tournament after the FIFA Football World Cup is the international European competition, UEFA Champions League. It is a straight knockout competition open only to the top European clubs. The European Cup currently known as Champions League has witnessed some of the top goalscorers in history.

However, the world does compare these two Legends and henceforth Ronaldo has overtaken Messi as the all-time top scorer in champions league history having scored on 134 occasions while Messi’s has 119 goals to his name.

The left-footed Argentinian magician Lionel Messi has played lesser games compared to the UCL top scorer Ronaldo. Bayern Munich’s Robert Lewandowski is at the third spot with 72 goals in 95 games.