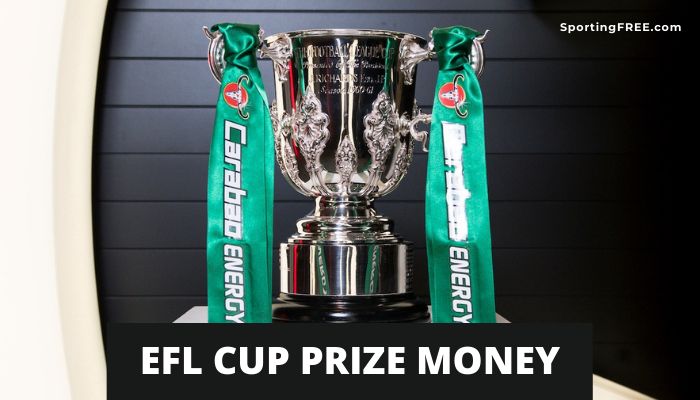 The Carabao Cup was formerly known as EFL Cup or Capital One Cup. The competition features teams from all the tiers of English Football and that total stands at a staggering 92 teams, making it one of the most keenly contested competitions in the world of sport. But when it comes to money, the Carabao Cup prize money falls far behind England’s other football competitions. As per the report, the club will earn zero prize money until they reach the semi-final stage of the league.

The 2022 EFL cup final is between Manchester City vs Tottenham Hotspur at the Wembley Stadium, London. Despite losing the semifinals, Man United and Brentford will also pocket EFL cup prize money for reaching the semi-final stage of the competition.

But this isn’t the only source of income for the teams. The major source being the gate receipts. The teams get 45% of the gate receipt each and so playing a capacity full stadium means huge revenue for clubs, especially the lower ones.

The winners also get a place in Europa League in case winners qualified throughout the league system.

This year a total of 92 teams participated in this tournament. This large participation also attracts a large number of football fans and many investors. There are many investors that are ready to pay a big amount for this league. This means that the team participating in this league also makes a good amount of money.

The main reason for a large number of fan following of this league is that all the local and low-level teams get the chance to play against the top teams in the league.

There are many players that started their career in many of these small clubs and then went on to be one of the great players in the football arena. This league also provided the perfect opportunity for the young footballers to showcase their amazing skill to the world and the big clubs.

How the Football Association distributes the money among various teams?