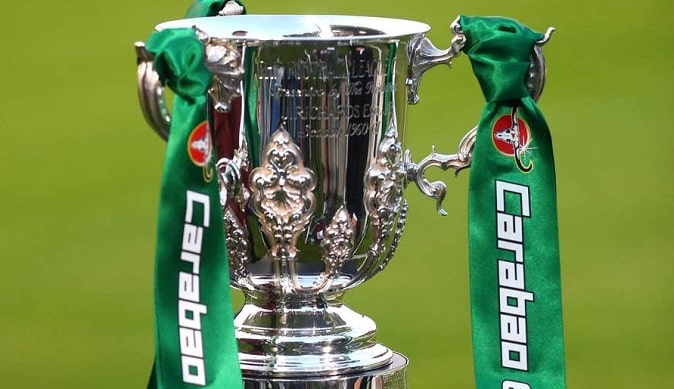 25 Winning teams from the second round will qualify for the Carabao Cup 2022-22 Third Round.

Road to the Carabao Cup trophy-

The Carabao Cup 2022/22 final will be held on 27 February 2022. Wembley Stadium will host the final. The winner of the Carabao Cup will secure qualification to the Europa Conference League playoff round next season. The winner gets prize money of £100,000, while the runner-up gets £50,000.

Sky Sports hold the official broadcasting rights of the EFL Carabao cup in the United Kingdom and Ireland.

Soccer fans in the USA can watch the tournament on ESPN.

JioTV and Colors infinity will stream the Carabao cup in India.

beIN Sports will broadcast the matches in Australia and New Zealand.

Which team is the defending champion of the Carabao Cup?

Manchester City is the reigning champion of the Carabao Cup after winning the previous edition of the tournament in 2022-21.