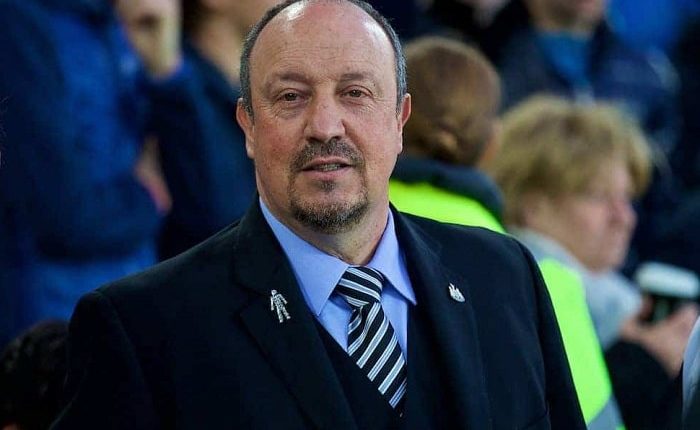 Can Benitez Become An Everton Legend?

One of the most controversial managerial appointments in Premier League history, Rafa Benitez enters the 2021-22 season as manager of Everton FC. Benitez, a club legend across Stanley Park for his Champions League victory with Liverpool, was announced by the EFC Board to a hostile reception in the summer, but that will quickly be forgotten if the Spaniard succeeds in blue.

It’s too early for many to accurately predict how the Toffees will fare in the league, but from Benitez’s history, you can bet on the defence being tight and Everton not conceding many goals this campaign. OLBG are specialist at analysing football matches and betting markets, and they’ve created a list of offers that are updated daily to include over 38 new betting offers this month.

Everton has a fanbase eager for success, and the opening fixture list will be a huge indicator of Benitez’s potential offering as manager of one of the oldest clubs in England. In this article, I’ll review what Benitez must do to be considered an Everton legend.

Everton fans are notoriously difficult to please and are of the impression that the Toffees are one of the biggest clubs in the country. Everton dominated English football in the 1980s and had arguably the best side in Europe in the middle of the decade, but there has been little to shout about for the Everton faithful since then.

The fact of the matter is that it’s been 26 years since the blue half of Merseyside lifted a cup – the last being the 1995 FA Cup – and that has led to real angst for the fanbase, many of whom have never seen the club win a trophy or experience relegation.

The first step for Benitez to go down in Everton folklore is to win silverware. It’s unlikely that this Everton side can overcome the strength of the Manchester clubs and local rivals Liverpool, but Benitez specialises in cup competitions, having won various victories with Valencia, Liverpool, Inter Milan, Chelsea and Napoli.

With no European football on offer for the Blues this campaign, Benitez will have two chances to win domestic cup competitions in the EFL Cup and the FA Cup. Success in either competition will not only enamour him to the fans, but it will guarantee European football next season to the delight of the backroom staff and players.

Benitez will need more than just trophies to secure his place as an Everton legend. Everton fans are purists and are desperate for the team to play free-flowing, attacking football to generate results.

Fans were furious at the appointment of Sam Allardyce due to his long ball philosophy and even world-class managers like Carlo Ancelotti didn’t get the full support of the fans due to generally defensive tactics. Benitez arrives with a reputation for a defensive approach to matches, but he’s also demonstrated he’s able to successfully implement creative strategies at most of his clubs.

Whilst there’s little doubt Benitez is one of the most successful managers to be appointed at Everton, the atmosphere at Goodison Park will quickly become toxic if the manager, generally deemed to be a defensive specialist, doesn’t promote aesthetic play and attacking impetus. Speed could well be a part of Everton’s wing play this season as Benitez is looking to offload James Rodriguez, the top earner at the club, and he’s replaced the luxury player with the additions of Demarai Gray and Andros Townsend.

Everton haven’t been pleased with managerial tactics since the days of Roberto Martinez, who developed a slick method of building attacks and had the imperious Romelu Lukaku leading the line to finish chances. Benitez is the seventh different boss to take over the reins since the brown-brogue-wearing Belgian, and early indicators show that Benitez is using offensive methods to the joy of Toffees worldwide.

For any other manager, an attacking style which yields silverware would be more than enough to secure their status as an Everton legend, but Rafa Benitez finds himself in a unique position. The Spaniard is the only manager in the modern era to have been in charge of both Everton and Liverpool, and his previous association with the Reds adds an extra hurdle to overcome.

Benitez has previously spoken of his love for the Kop and also fell into the trap of insulting Everton, claiming that they were a small club.

Benitez will have the extra task of convincing the Everton faithful that he is interested in the future of the club and its culture, something which big names Ronald Koeman and Carlo Ancelotti were unable to do during their tenures.