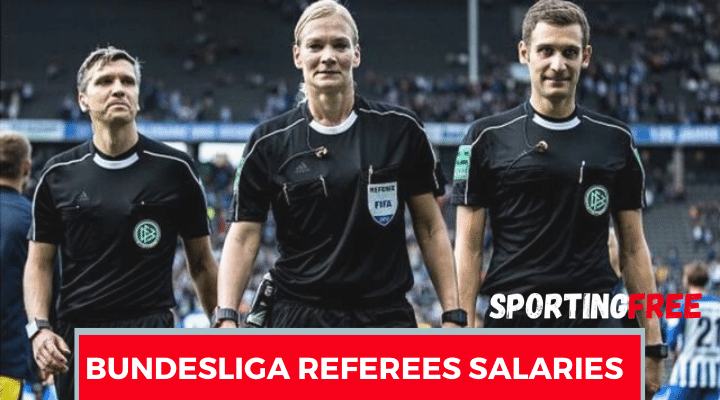 The German referee’s salary has been increased quite in the past couple of years. Top referees Deniz Aytekin, Felix Brych, Daniel Siebert and Sascha Stegemann earns around €69,500 as base salary plus match fees for every game.

Bundesliga was started in 1957. It is one of the most successful and celebrated leagues in the world. And one such major contributors to the success and smooth running of the league are the referees.

Bundesliga does not deploy their own referees nor any league in Germany does so. In fact, it’s the National Football Governing Body (DFB) who supervises all the referees to Bundesliga.

Referees in Bundesliga are responsible for fair conduct of play on the pitch, important match decisions, and much more than they are given credit for. Most of the German Bundesliga referees earn less salary compared to the popular football leagues such as La Liga and Premier League.

Denis Aytekin and Felix Brych are the highest-paid referees in Bundesliga 2022/21. They are also the two referees from Germany to be included in the UEFA elite referee category.

UEFA elite category includes 29 referees from all over the world who officiate in the Champions league and Denis Aytekin and Felix Brych are 2 of them.

Another proud moment for Bundesliga is to have women referees in the list of referees to officiate the top flight such as Bibiana Steinhaus who is also the highest-paid women to referee in Bundesliga.

Disclaimer: All the facts and figures about Bundesliga referees salaries are based on the analysis, research and reports released by trusted sources. We do not guarantee the accuracy of the figures.