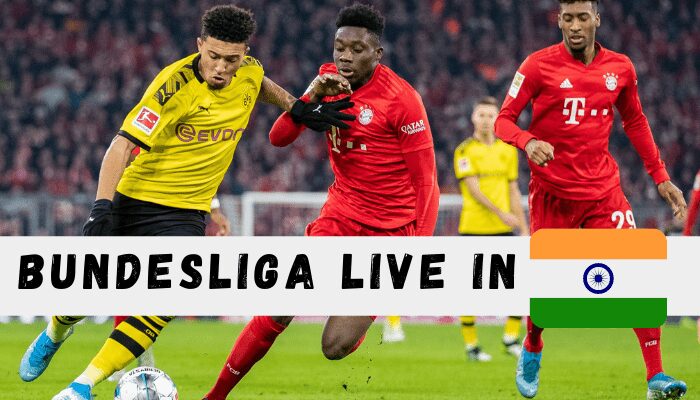 FanCode to live telecast and live stream 2022-22 Bundesliga in India as they hold the German football broadcast rights in the country.

The German top-flight season begins on August 13 with the opening fixture. It is tradition for the defending champions to play the 1st game of the season. Bayern Munich, who have made a routine of this in the past decade, will start their title defence with a trip to Monchengladbach. There will be no live telecast on the TV channel, but fans can watch the 2022-22 Bundesliga live stream in India on the FanCode app.

The usual horde of title hopefuls in Dortmund and RB Leipzig will also be hoping for a good start to this years campaign. Wolfsburg and Frankfurt will be attempting to break into the top 4 this year.

With managerial changes and the transfer window still open, it’s poised to be an exciting season ahead.

How to Watch 2022-22 Bundesliga Live Stream in India

Any company did not buy the broadcast rights for Bundesliga in the Indian subcontinent since the 2022 season. This will not deter fans of the German clubs as it can still be streamed online.

Bundesliga 2022-22 season will be streamed live on the FanCode app in India. The FanCode app is also available for download on the Google Playstore and the Apple App Store. You will need a subscription to watch the games on the app or website.

READ: How to watch 2022-22 Premier League Live Stream in India