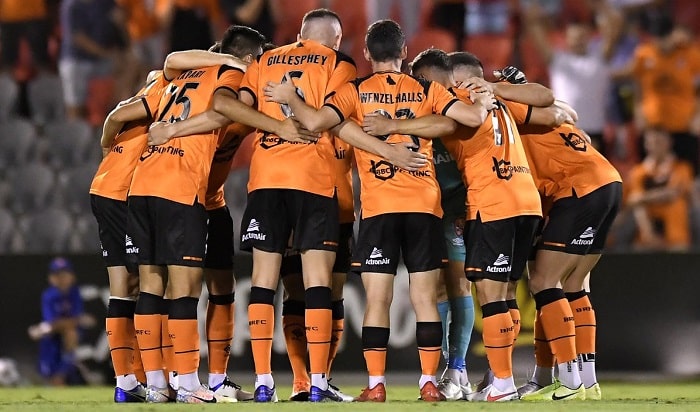 Brisbane Roar Football Club is an Australian club that competes in the A-League, the top tier of Australian football. The club was found in 1957 as Hollandia FC and had a shared history with Queensland Lions FC. They are the oldest club to compete in the Australian top flight. The club has been crowned domestic champion on 3 occasions. Let’s see the Brisbane Roar players salaries and weekly wages of every player in the club.

The club plays its home games at Suncorp Stadium, which is a  52,500 seat multi-use venue in Milton. In the Australian top flight, they also hold the record for the longest unbeaten streak,36 games. Let us take a look at their best-paid players.

Before we take a look at the 5 highest earners at Brisbane Roar FC, we need to understand the salary cap. The A league has a salary cap which means teams can only spend a certain amount on wages each year. The salary cap was set at  $2.1 million for all clubs in the 2022/21 season. The salary cap applies only to the 18-23 players registered in the team A-league roster.

Kicking off our list is English defender Tom Aldred. The 30-year old makes $4,170 a week or around $200,000 a year. Aldred has played his entire career in England before a move to the Brisbane outfit. He has represented Scotland at the youth level.

The Irishman has spent most of his career in the English game and made his move to Australia fairly recently, just like Aldred. He is also on a weekly wage of $4,170, which translates to $200,000 a year. The attacking midfielder is 33 now and will likely be looking to wrap up his career at Brisbane.

Corey Brown is an Australian defender who has spent his entire career at Brisbane apart from a 2-year stint at Melbourne Victory. He takes home $5,200 weekly or roughly $250,000 yearly. Brown has represented Australia on multiple youth levels but has never made an appearance for the senior side.

The Argentine striker is a new addition to the Brisbane squad. He earns $7,300 weekly, which translates to $350,000 annually. Lescano has spent his entire career playing in the Russian game. The Argentine was also a part of Liverpool and Real Madrid’s youth academies.

The Finnish-German centre back has spent his career in the German game with stints in India and Australia. The 26-year-old collects a paycheck of $8,333 a week or $400,000 a year. He is Brisbane Roar’s highest earner. He is also among the top earners in the League.