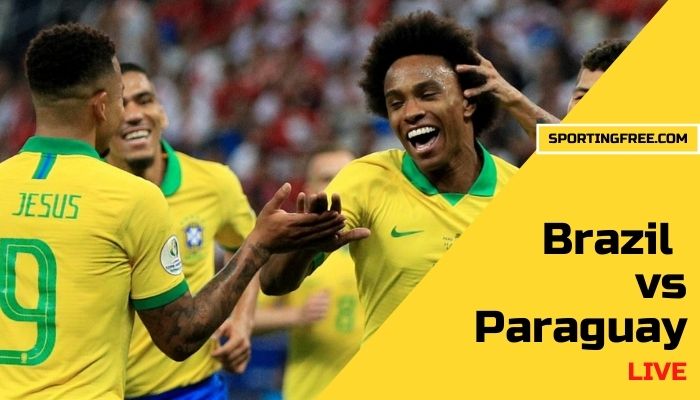 The CONMEBOL World Cup qualification matches are back in action as South American teams battle it out for a place in the 2022 FIFA World Cup in Qatar. Paraguay and Brazil are set for a faceoff for the 8th matchday of the qualifiers. Make sure you watch all the CONMEBOL action, here is everything you need to know about Brazil vs Paraguay live streaming soccer match.

Paraguay enters its fixture against Brazil after a 0-0 draw against their arch-rival Uruguay. Paraguay currently is 4th in the table with 7 points. Brazil’s previous match saw them secure a 2-0 victory against Ecuador. Brazil currently occupies the top spot in the table. Tite’s side is first with 15 points. Brazil has scored 14 goals till now.

When is Brazil vs Paraguay match?

The world cup qualifier match between Paraguay and Brazil will kick off on 9 June at 1.20 am UK time and 6:30 AM Indian time after the Argentina vs Colombia live game.

Paraguay is unbeaten in the qualification campaign till now. In the 5 matches that have been played to date, Eduardo Berizzos’s team has drawn 4 matches and registered one win which was against Venezuela. Paraguay has scored 6 goals and conceded 5 in the tournament to date.

Brazil is currently the best performing team in the CONMEBOL world cup qualification campaign. Brazil has won all 5 matches in the campaign and is currently first in the table. They have scored 14 goals in these 5 matches with an astonishing goal difference of +12.

How to Watch Brazil vs Paraguay Live Streaming in the USA?

fuboTV is the broadcasting partner of CONMEBOL World Cup Qualifying games in the USA. The American soccer can watch Brazil vs Paraguay live stream in English and Spanish language only on fubo Sports Network and Eliminatorias CONMEBOL channels respectively.

Football World Cup 2022 qualifying match between Brazil vs Paraguay live tv coverage will be shown on Premier Sports 1 in the UK and the game can be streamed online on the Premier Player.

World cup qualification matches are not available for broadcast and streaming in India. Fans around the world can watch Brazil vs Paraguay streaming irrespective of geolocation using the VPN services. One of the best and recommend VPNs is ExpressVPN which is an easy, secure and fast VPN and gives 30 days free trial.