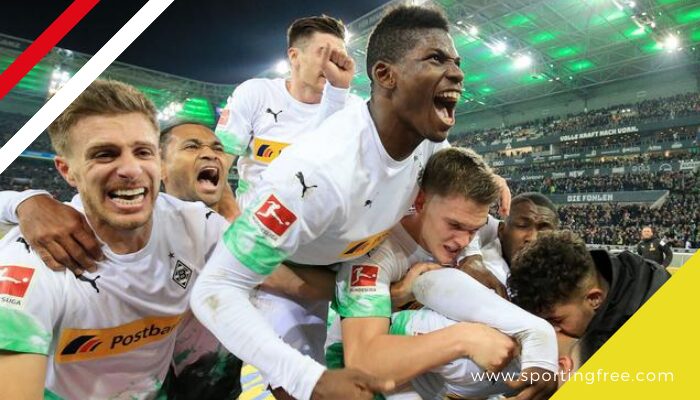 The club then played extremely well to finish second in group B which had teams Real Madrid, Inter Milan, and Shakhtar Donetsk.

The German Club is located in Mönchengladbach, North Rhine-Westphalia. was founded in 1900 and they play in the top tier of German football, the Bundesliga. Borussia Monchengladbach competed in the Bundesliga for the first time in the 1965–66 season.

Borussia Monchengladbach has won the Bundesliga five times, three DFB-Pokals, and won two UEFA Cup titles in 1975 and 1979. They play their home games at Borussia-Park since 2004. Borussia Mönchengladbach competes against their rivals FC Köln in the Rheinland Derby. They also have a rivalry against and Bayer Leverkusen.

Who is the highest-paid player at Borussia Mönchengladbach?

How much does Breel Embolo earn at Borussia Mönchengladbach?

The 23-year-old forward from Switzerland is among the highest-paid players at the club, he receives a weekly wage of £63,000.