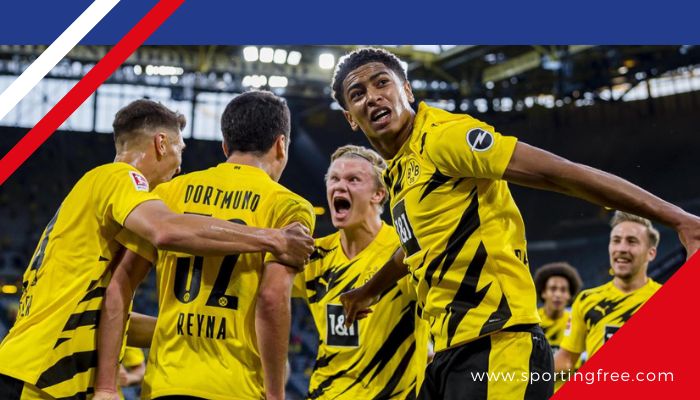 The Borussia Dortmund Football Club aka BVB or Die Schwarzgelben (Black and Yellow) was founded in 1909 by seventeen football players based in Dortmund. Their home stadium Westfalenstadion is the largest stadium in Germany and records the highest attendance.

The German professional football club has won eight league championships and four DFB-Pokals in domestic competitions. The Black and Yellows have also won one UEFA Champions League, one UEFA Cup Winners’ Cup, and one Intercontinental Cup.

Borussia Dortmund along with several top tier Bundesliga clubs had decided to forgo 10% of their salaries until at least March. This was to help the clubs deal with the financial losses caused by the COVID-19 pandemic.

Players have been very cooperative and understanding to the current situation, and are happy to adjust with pay cut at least until the fans can return to the stadium.

Who is the highest-paid player in Borussia Dortmund?

Marco Reus is highly paid for his creative gameplay and loyalty to Borussia Dortmund for the past several seasons. The stylish winger receives the highest salary at the club, he is paid £210,000 per week.

How much does Jason Sancho earn at Borussia Dortmund?

The 20-year-old rising star from England earns £160,000 a week at Borussia Dortmund. Big clubs like Manchester United are looking to sign the skilful right-winger at a price tag of 120 million euros.

How much does Erling Haaland get paid at Borussia Dortmund?

The Golden boy and prolific goalscorer Erling Haaland receive £141,000 a week for his services at Borussia Dortmund.