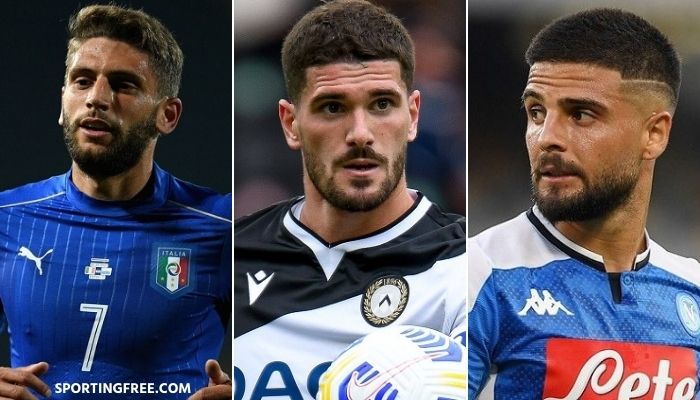 The Italian top flight has seen some of the greatest players of all time grace their pitches. Since the late 2000s had lost some of its competitive edge in European football, but the past few years have seen a resurgence. The turn in fortunes means some of the best talents and players in the world now flock to the league.

Antonio Conte and his Inter side have ended the 9-year long title run of Juventus, and things are looking on the up for Italian football. We look at the top 10 best players in Serie A this season according to WhoScored.com ratings.

Kicking off our list is 23-year old Frenchman Theo Hernandez. The left-back has been an integral part of AC Milan’s rejuvenescence after a harrowing few years. He has established himself as one of the leagues most entertaining and threatening left-back. Nearly unstoppable in attack when in full flow, he has managed 7 goals and 5 assist this season. He is set to play an important role in the future of the club.

Another Rossoneri player on the list this time it’s Hakan Calhanoglu. The Turkish midfield maestro is one of the best-attacking midfielders in the league. Unlocking defences is his speciality, along with immense set-piece quality. Calhanoglu has bagged nine assists this season and has become one of the first names on Stefano Pioli’s team sheet. He has made the switch to fierce rivals inter for the 2022/22 season. Let’s see how that move pans out.

The Armenian midfield wizard has had a tough few seasons after leaving Dortmund. He has burst into life at Roma. A successful loan spell in 2022 saw him make the permanent move to Rome last season, and boy, did it pay off! Although Roma has struggled, it has been a brilliant individual campaign for Mkhitaryan, scoring 13 and assisting a further 10. Given his history with newly-appointed manager Jose Mourinho, the Armenian’s future in the Serie A remains uncertain.

Rodrigo De Paul has grown into one of the best box-to-box midfielders in the league. Camp and composed on the ball and industrious off it, he has been an absolute gem in this Udinese side. Scoring 9 and assisting a further 9 this season has finally seen him make a much-awaited switch to a top European team, Athletico Madrid.

The Sassualo captain has become one of the most lethal forwards in the league. The Italian has netted 17 times this season, assisting a further 7. His performances have seen him linked with top European clubs like Chelsea and Dortmund, but his future remains uncertain.

The 28-year-old Belgian has set the league alight since his move from Manchester United in 2019. One of the most dangerous strikers in world football, he has had the most goal contributions of any player in Serie A this season. He also ran away with the league title this season-ending Juventus’s 9-year long monopoly to go along with his personal achievements.

Lorenzo Insigne enjoyed his most prolific season last season under Gennaro Gattusso. Despite Napoli’s final day of heartbreak which saw them miss out on the top 4, Insigne solidified his status as a top player. He bagged 19 goals and seven assists in Serie A this season and remained one of Italy’s most talented forward.

The oldest player on the list at 39 years of age, Zlatan, is again wreaking havoc on European defences. The veteran striker scored 15 goals in Serie A this season, even though his campaign was shortened due to injury. He has extended his stay at the club and will play in the Champions League once again.

After 9 years of consecutive titles, this campaign has hit Juventus like a train wreck. Unaffected by all this was one of the greatest players of all time, Cristiano Ronaldo. He is one of the best Serie A players right now.

Despite Juve’s struggles, he managed an incredible 29 goals this season. He spent the season playing Juventus’s guardian angle and helping them ensure Champions League football for next season.