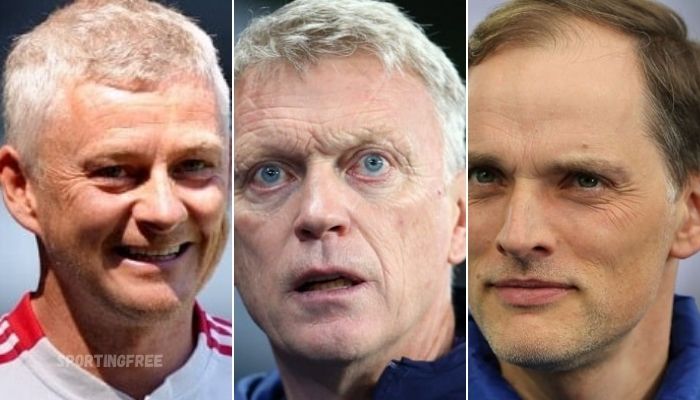 Premier League is back once again for a brand new season. The 2022-22 PL campaign is the 30th season of England’s top-flight footballing league. With three matchdays being played, the league is starting to shape up. We look at the ten best Premier League Managers currently. As the new season is still in its early stages, these best Premier League managers are ranked based on their overall influence and performance.

The Brentford manager is one to watch out for this season. Last season, Thomas Frank influenced The Bees in the Championship and secured The Bees promotion to the Premier League. Thomas Frank’s tactics are the main reason why Brentford is playing in the English top-flight for the very first time in their history.

He proved his class once again as Brentford defeated Arsenal in the inaugural fixture of the 2022-22 campaign. It would be interesting to see if the Danish manager can continue his tactical masterclass in the league and avoid relegation.

Ever since taking charge of Tottenham Hotspur, Nuno has shown conviction and desire in his approach. Under his leadership, Spurs are currently top of the table after three matchdays. Still, early days predict the teams’ form and season, but Spurs have won all the three games of the new 2022-22 season and are yet to concede a goal.

Dean Smith has guided Aston Villa from being a relegation battled team to a well-developed team marginally missing out on the tenth spot last season. Villa ended the previous season at the eleventh position, a huge jump after their troublesome seasons before. Dean Smith’s influence was reflected in the team’s gameplay and overall functioning.

Widely renowned for his masterclass and his unique coaching philosophy, Marcelo Bielsa was among managers’ best picks. His attacking style and fearless form of football generated excitement in the game. In his very first Premier League season, the Argentine guided Leeds United to a ninth-place finish last season and drew praise and appraisal from everyone.

Once again, Brendan Rogers displayed his true class as Leicester City marginally missed out on a Champions League place. The foxes were amongst the most in-form teams and had to wait until the last matchday to confirm its European position. After Brendan Rogers’ takeover, Leicester city has moved from the label of a mid-table team and is consistently rising to the top level.

Ole guided Manchester United to another great season overall but could not reciprocate it in terms of trophies and silverware. United was undefeated in the entire last season and finished as the runner up. Ole also guided the Red Devils to the Europa League final but ended up on the losing side there as well. Ole is all set to show his master class this season to prove why he is one of the best Premier League managers after Ronaldo inclusion.

Despite the fact that Liverpool had an average and mediocre last season, Jurgen Klopp is still one of the best managers in the Premier League. The fact that a third-place finish was considered a new low for the team reflects his winning mentality. There are no doubts about his tactics and game philosophy.

West Ham’s reprise is all because of the efforts of David Moyes. He did the unexpected and brought back the European nights at the Hammers as West Ham secured Europa League qualification.

The constant threat and change of tactics from Moyes was visible as West Ham capitalized upon their form and continued it in the current campaign.

Chelsea was lingering in the bottom side of the top 10 when Thomas Tuchel took over the management from Frank Lampard. Tuchel had an immediate impact, and within six months, he guided the blues to a fourth-place finish and a champions league trophy. His philosophy which is widely called “tuchel-ball”, has completely changed the style of Chelsea’s football.

Pep Guardiola changed Manchester city’s fortunes in the second half of the last season. His tactical masterclass and accuracy were proven once again as he guided Manchester City to another Premier League title, breaking Liverpool’s reign within a year. Pep is right now one of the best Premier League managers. Along with Premier League City also won the EFL Cup and the champions league final.