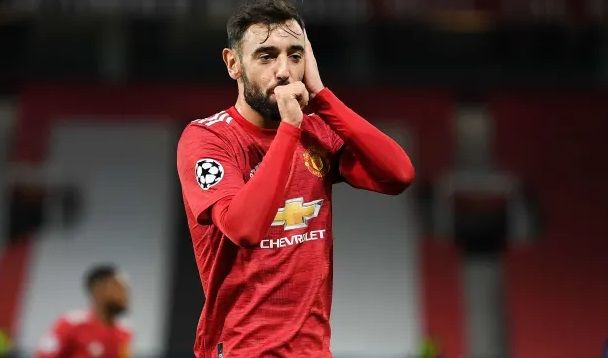 The best central midfielders who are included in the list includes some lesser-known players who played amazing this season.

Midfielders are the most pivotal players in a football game. They are the players who run the game. Midfielders control the tempo of their team’s attack, they create goalscoring chances for the strikers and make timely interceptions to obstruct oppositions attack. The list of best midfielders in the world is dominated by players from the clubs such as Bayern Munich and Real Madrid.

Midfielders are the link between the attack and the defence and they dictate the game from the centre of the pitch. The success of all great teams is attributed to the quality of midfielders they possess.

One main reason for AC Milan’s amazing form is Hakan Calhanoglu. The Turkish international’s contributions have made a great impact on Milan’s attacking gameplay this season. He has direct involvement in 11 goals this season; He has 8 assists and 3 goals to his name. He has created 94 chances and has a passing accuracy of 83%. He is one of the finest midfielders in Serie A.

Casemiro is regarded as one of the best midfielders in the world currently. The Brazilian midfielder forms the heart of Real Madrid’s midfield. He has nicknamed the tank because of his gameplay and workload. Casemiro makes great use of his versatility, he joins the attack when Madrid break on a counter and drops deep into the defence when facing an attack.

He has made 64 interceptions, 43 successful tackles and 49 clearances this season. He has 5 goals and 3 assists and has a passing accuracy of 83%.

Despite being 35 , Luka Modric keeps on giving match winning performances for Real Madrid. Numbers and statistics don’t justify the importance his presence brings to the game. Modric’s vision and his passing ability is world class and he is a complete playmaker.

Modric has completed 75% successful dribbles, 70 % completed tackles and has a passing accuracy of 87% this season. He has created 40 chances and has 3 goals and 3 assists to his name.

Marcos Llorente has emerged as a promising talent in La Liga. The 26-year-old has impressed everyone ever since making a switch from Real Madrid to Atletico. He is a versatile midfield player who can play at numerous different positions. Marcos has a great pace and physical strength which he uses to dominate in Atletico’s midfield. He is one of the world’s best young midfielders.

He is an attack-minded midfielder who is the club’s second-highest goalscorer this season behind Luis Suarez. Llorente has scored 11 goals and has 10 assists this season. He has created 46 chances with a passing accuracy of 83%.

Thomas Muller is aging like a fine wine. His performance is developing over the years. Muller was a vital part of Bayern Munich’s treble winning season last year and has carried on his form this season.

He has created 99 chances and has scored 10 goals and assisted 17 this season. He has made 82 key passes with an accuracy of 74%. His valuable contributions have made Bayern the frontrunners in the Bundesliga title race once again.

Ilkay Gundogan has made a huge influence in Manchester City’s Premier League turnaround this season. He has filled in the creative and playmaking void which the absence of De Bruyne has left.

Gundogan has displayed attacking gameplay from the midfield this season. He has scored 12 goals this season along with a 91% passing accuracy and controls City’s midfield with a 73% tackle success. He is one of the best-attacking midfielders in the world.

Kimmich has developed to become an immensely talented midfielder currently. The 26 year old German is a versatile player who began his career as a full back and has turned into a promising midfielder at Bayern Munich. He is great at man marking and creating attacking passes.

He has created 65 chances this season and has scored 3 goals and assisted 10 with a passing accuracy of 87%. His attacking flair and overall midfield domination have helped Bayern Munich to lead in the Bundesliga title race.

Toni Kroos is an important part of the midfield trio of Real Madrid. Kroos is known for his sublime passing and great vision on the field. Right now, he is one of the top midfielders in the world. The 31-year-old forms the back of Madrid’s attack and he dictates the game from midfield. He has created 71 chances this season, scoring 3 goals and assisting 8 in  La Liga.

Kroos is much more than just goals and assists, His passing accuracy is the best in the world with 93% accuracy. His accuracy helps in set pieces and providing passes and creating chances when the attack is on. His contribution was vital for Real Madrid when they clinched the La Liga title last season.

De Bruyne has  continued to justify his claim to the title as one of the best midfielders in the world. Despite an irregular season filled with injuries, he has not failed to impress and has provided the same masterclass he usually provides in the Man City midfield.

Kevin De Bruyne has created 84 chances this season scoring 5 goals and assisting 11 in the Premier League. What makes Kevin de Bruyne the best midfielder in the world is his incredible technique, tactical intelligence, athleticism, work rate off the ball, skill, vision, crossing accuracy, wide range of passing, and exceptional long-range shooting ability with either foot.

Bruno Fernandes is the best midfielders in the world right now. He has been the hot topic in football ever since signing for Manchester United from Sporting CP last season. The Portuguese playmaker had an immediate impact on United’s gameplay. His arrival and presence in the field have brought back the lost liveliness of Manchester.

The attacks are free-flowing and United look threatening when on the ball. Fernandes has created 98  chances and scored 16 goals and assisted 11 in the Premier League this season and has displayed match-winning performances in European competitions as well.

He has a goal contribution in almost every game he plays. His passing and runs are very significant. His impactful performances and sizzling form makes him the Best midfielder currently.