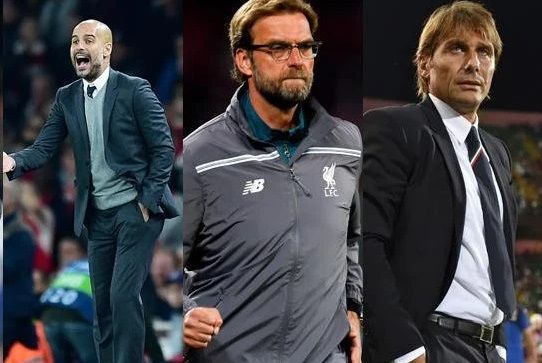 Managing a football club is one of the hardest jobs in world football. Nowadays, each match is crucial and can decide the fate of the team. It takes character to be rock solid during a crisis. The world’s best football managers not only succeed but maintain success too.

A list of the 10 greatest soccer managers is based on their achievements, success, consistency, and popularity. The best Football manager requires talent to deal with pressure on and of the field, the ability to unite the team, and decision making.

Last season, the Leicester City manager helped the club to win their first-ever FA Cup title. Under his leadership, Leicester has played European football for two consecutive seasons. His efforts have made Foxes a top-four contender. He is also praised by football pundits for his performance.

Julian managed Hoffenheim when he was not even 30. After that, he joined RB Leipzig. After exceptional results with them, he has been signed as Bayern Munich’s next manager. It is not easy to job Bayern job and that too at such a young age.

Pochettino rejuvenated Tottenham and made them one of the best teams in English. He guided Spurs to their first-ever UEFA Champions League final. Now, at PSG, Pochettino didn’t have a good start as PSG lost the League 1 title. He has a lot to prove, but one can doubt his capabilities.

Over the years, Simeone has transformed Atletico Madrid from an average team to La Liga champions. That shows how talented Simeone is which surely makes him one of the best Football managers right now in Europe.

He also proved his medal in Europa and reached the UEFA Champions League final twice and won the UEFA Europa League on two occasions.

After being sacked by Chelsea, Antonio Conte rebuilt his career with Inter Milan. The Italian won the Serie A title with Inter Milan and ended the club’s 11 years drought. He also took Inter to the UEFA Europa League final but just fell short and lost to Sevilla.

He has achieved an unprecedented feat of three consecutive UEFA Champions League titles with Real Madrid. Zidane has been the most successful Real Madrid manager and one of the greatest football managers in the world.

The German has completely transformed Chelsea. When he joined Chelsea was in 10th position in the league.

Under his guidance, Chelsea finished the season at 4th position, runners up of the FA Cup, and are finalists of the UEFA Champions League. Earlier, he has showcased his exceptional managerial abilities at Borussia Dortmund and PSG also.

He took over Liverpool in 2015 and got them a UEFA Europa League spot in the very first season. In his five years at the club, Liverpool was crowned English and European champions. He ended the Liverpool title drought of 30 years.

Guardiola is the best Football manager in the world currently with 31 trophies. He has managed Barcelona, Bayern Munich, and is the current manager of Manchester City. With the back of board members, he completely transformed Manchester City.

The citizens completely dominated English football and won three league titles in his 4 years at the club. Now Guardiola only needs to win the UEFA Champions League with Manchester City. The Citizens will face Chelsea in the champions league final on 30th May.

Many football managers are not included in the list but worth mentioning, the names include: