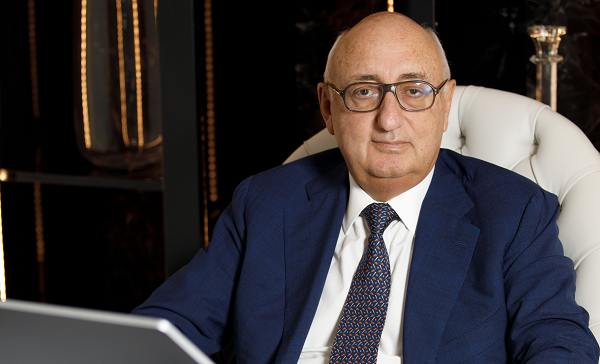 Like it is said there is a woman behind every successful person. However, the saying doesn’t go with Football. In this sport, there is the best football agent behind an outstanding footballer. Agents play a significant role in players careers.

From providing players with the best possible offer to accomplishing their fantasy to play for their dream club, they are a key figure in every move made by professional footballers. But who are the best football agents in the world right now? Find out.

Hailing from Israel Pinhas Zahavi is one of the best football agents in the world. He is famous for his affiliation with Chelsea Football Club. He was a key role in Roman Abramovich acquisition of Chelsea in 2003 and Alexandra Gaydamak in 2006.

He was the person in charge who made Rio Ferdinand $30 million record-breaking transfer from Leeds United to Manchester United. Further, he played a significant role in Neymar moves to PSG.

Simon Bayliff has managed some of the greatest stars of all time. He managed many players of England’s Football team golden generation. After parting ways with Wasserman Sports Management, he has inaugurated his won company which is known as Arete Limited. He is one of the best football agents in the world right now.

He works for the company known as Euro Export Assessoria e Propaganda Ltd.

Jose Otin founded the Spanish Football agency and currently the president of it. He usually manages only Spanish Players. With his ability he made many Spanish players move to premier league possible. Several top Spanish footballers are managed by his organisation.

The Germany based football agent works for Sportstotal Football agency. He is known for managing many star-studded German players. He was the man in charge in the deal of Mario Gotze joining Bayern Munich from Borussia Dortmund.

Paul Stretford is the founder of English football agency Proactive Sports Management. It was founded in 1987 and later renamed as Formation Group in 2004.

He is famous for the discovery of English prodigy Wayne Rooney. Although, His career is full of ups and downs and he has faced many legal charges also. He is the third best football agent in the world.

Mino Raiola is one of the top football agents in the world. He specialises in spotting young talent, nurturing them and finally sending them to big clubs in Europe. He was the head in charge in Pogba return to Manchester United for 100 million pounds. He has a habit of moving his players to the big clubs.

Associated with stellar group Jonathan Barnett is known for manging English players. He speaks with filter and famous for negotiating top-notch and record breakings deals. He made Gareth Bale move from Tottenham Hotspurs to Real Madrid Possible.

Jorge Mendes is undoubtfully is the best football agent in the world right now. As per the sources, his net worth is $1 billion. Jorge Manages one of the best footballers of generations Cristiano Ronaldo. He also manages his fellow countryman Jose Mourinho.