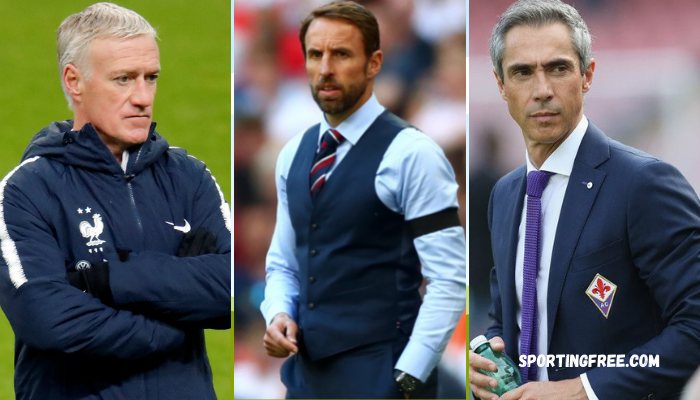 Best Euro 2022 Managers: Ranking Top 10 Based on Their Playing Career

Being a national football team manager is the toughest job as nationals managers do not have the authority to sign players from different teams, unlike their counterparts in the domestic leagues. The major international competition of the year, Euro 2022 is in full swing and will conclude on July 11, 2022. As the tournament nears its conclusion, we’ll look at the best Euro 2022 managers based exclusively on their playing careers.

Steve Clarke is known for his playing career at Chelsea. The current Scotland manager spent 11 years at Chelsea where he made 330 appearances as a defender. He managed to score 7 goals in his 11-year long spell with the Blues.

Clarke won the  FA cup 1996/97 and the league cup 1997/98 with Chelsea. Before joining Chelsea, Clarke spent 5 seasons at St Mirren’s FC in Scotland where he made 200 appearances. He represented Scotland 6 times.

Recently appointed as a  Caretaker manager for Wales, Rob Page spent the majority of his career in the lower leagues of England. He played as a defender for various clubs like Watford, Sheffield United, Cardiff City, Huddersfield town among others. Page played for Watford 215 times and 104 times for Sheffield. He represented his national team Wales 41 times

Şenol Güneş is considered a legend of Turkish football. He played as a goalkeeper for Turkish club Trabzonspor for 15 long years from 1972 to 1987.

In his 424 appearances, Şenol Güneş has won the Turkish Super Lig 6 times, the Turkish Super Cup 6 times and the Turkish cup 3 times. He represented the turkey national team 31 times. To honour this legendary player, Trabzonspor has named their stadium after him.

Gareth Southgate spent his entire playing career in England where he played for Crystal Palace, Aston Villa and Middlesbrough. In an 18 year long career, Southgate played 503 times initially as a defender than as a midfielder from 1988-2006. He has played for England 57 times.

Known for his managerial masterclass, Mancini was an equally good player. The Italian played 545 games as a forward in his professional playing career scoring 156 goals.

He spent 15 years scoring 132 times in more than 420 appearances at Sampdoria and is a Club Legend for them. Mancini won 4 Coppa Italias, 1 Italian super cup  and the 1990 Serie A with Sampdoria

Frank de Boer is considered one of the greatest Dutch footballers. He played as a defender for Ajax and FC Barcelona. He spent 11 years at Ajax winning 5 Eredivisie, 1 Champions League, 1 Super Cup with the Dutch side.

Shevchenko is undoubtedly the greatest footballer in Ukraine’s history. He played for Ukraine 111 times and scored 48 goals for his national side.

He had a prosperous playing career at Dynamo Kyiv, AC Milan and Chelsea. The current Ukraine manager is remembered for his splendid career with Milan where he won the Ballon D’Or in 2004.

He also won the Serie A and Champions League with Milan for whom he scored 127 goals in 208 games.

Didier Deschamps is one of the best Managers in the world. The current France manager is one of the three footballers to win the FIFA World Cup both as a player and a manager. If we rank him based on his playing career then Deschamps is the best Euro 2022 manager.

Deschamps played as a midfielder at Marseille, Nantes, Juventus, Chelsea and Valencia. Among many other accolades, He won 1 Champions League with Marseille, 3 Serie A with Juventus and 1 FA Cup with Chelsea.

He played 103 times for France and captained them towards FIFA World Cup glory in 1998.