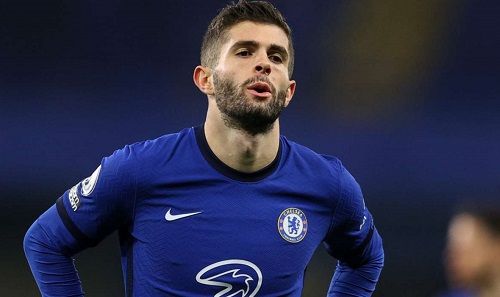 Since the last decade, soccer is emerging as one of the most popular sports in the USA. Gone are the days when only a few handfuls of players from the United States gained recognition in world football. The scenario is rapidly changing for American soccer as the country is producing world-class players, some of who are playing at the highest level with some top football clubs around, the world.

The past few years have witnessed the emergence of some of the greatest American talents. Let’s look at the top 10 best American soccer players in the world right now.

Josh Sargent is a forward who can play at various attacking positions. The 21-year-old currently plays for German club Werder Bremen. He has been with Bremen since 2018 and initially played for their youth team. Sargent broke into Bremen’s first-team right after joining them in 2018.

He has played more than 80 matches for the German club. Josh made his debut for the USMNT in 2018 and has scored 5 goals in 13 appearances.

The only goalkeeper on this list, Zack Steffen has risen to fame in the past couple of years. He is the best American soccer goalkeeper in the world. The 26-year-old shot-stopper currently plays with the recent Premier League champions Manchester City.

Steffen is City’s second choice keeper who deputizes under the absence of Ederson. Zack began his career at the youth team of Bundesliga side Freiburg. His major breakthrough came at MLS club Columbus Crew where he played from 2016 to 2019.

He managed 26 clean sheets in 84 appearances for Columbus. Steffen has 21 appearances with the USMNT.

He played for Sounders from 2016 to January 2022 making 129 appearances and scored 42 goals. He has represented the USMNT 39 times scoring 10 goals.

DeAndre Yedlin currently plays for Turkish club Galatasaray. The27 year old Right back became popular at English Premier League club  Newcastle United where he spent most of his career. He made 125 appearances for the magpies till he left them in February 2022.

Yedlin began his career with Seattle Sounders making 69 appearances for them. He had short stints at Sunderland and Tottenham. Yedlin made his USMNT debut in 2014 and has played 64 times.

Gio Reyna is regarded as one of the most promising young talents of modern-day football. The 18-year-old is a versatile player who can play at numerous attacking positions. Gio began his career at his hometown club New York City FC youth team.

He joined German giants Borussia Dortmund in 2019 and has shown exceptional talent and prowess with them. Reyna has made more than 40 appearances for Dortmund scoring 6 goals.

He recently won the DFB Pokal cup 2022 with Dortmund. Gio Reyna is definitely one to look for the future of the USA.

John Brooks is perhaps the most experienced American soccer player on the list. The 28-year-old currently plays for German club Wolfsburg. Brooks plays as a defender, primarily as a centre back.

He began his career at the youth academy of Hertha Berlin. He made his senior debut for Hertha BSC in 2011 and went on to play 130 times for the German side.

Brooks left Berlin and joined Wolfsburg in 2017. He has made more than 100 appearances for Wolfsburg. Brooks made his USMNT debut in 2013 and has played 40 times for his national team

Sergino Dest plays as a right back or a wing back for FC Barcelona. The 20 year old made his professional debut for Dutch club Ajax Amsterdam. He made 50 Appearances for the Eredivisie club before joining Barcelona in 2022.

Dest is one of the prodigies of the USA who has a great future ahead of him. Sergino recently won the Copa Del Rey with Barcelona.

Tyler Adams plays for Bundesliga club RB Leipzig, right now one of the best American soccer players. Tyler is a versatile player who primarily plays at the midfield. Adams has 12 appearances for USMNT. He is regarded as one of the best young midfielders of this year. He began his career at MLS club New York Red Bulls in 2015.

He broke through the Red Bulls’ first team in2016 and went on to make 74 appearances for them. German club RB Leipzig signed Tyler Adams in 2018. He has made more than 60 appearances for Leipzig.

Weston McKennie has played 21 times for the USA soccer team, he is the most versatile player of the USMNT. McKennie plays for Italian club Juventus at various position ranging from centre midfield, defensive midfield to both the wings.

He joined the Turin club in 2022 and has played 47 matches to date scoring 6 goals. He recently won the Coppa Italia and Italian Super Cup with Juventus.

Weston rose to fame at German club Schalke FC where he caught everyone’s eyes with his fantastic talent and prolific display of footballing skills. He played 92 times for Schalke scoring 5 goals.

Pulisic is without a doubt the best American soccer player in the world right now. He is regarded as one of the best forwards in Europe. He became the most expensive North American player of all time when he joined Chelsea for $73 Million in 2019.

Pulisic is known for his blistering pace and finishing techniques which makes him a constant threat in front of the goal.

He has played 81 times for Chelsea and scored 19 goals for the blues. He made his professional debut for Borussia Dortmund in 2015 playing more than 100 games for them. Pulisic has represented the USA 36 times and scored 15 goals for them.