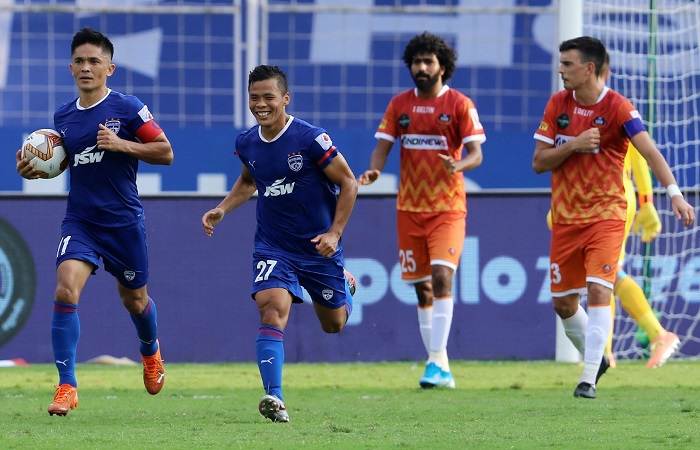 AFC Cup is an annual continental club football competition organized by the Asian Football Confederation. The competition is played between clubs from nations that did not qualify for the AFC Champions League. The 2022 AFC Cup playoff match is between Indian Super League champions Bengaluru FC and Club Eagles in the Maldives. Ahead of the game, here’s a date, time and Where to watch Bengaluru vs Eagles live streaming online or on tv channel in India?

The winners of the tournament will automatically qualify for the 2022 AFC Champions League. The 2022 AFC cup was cancelled owing to the global pandemic. Lebanese club Al- Ahed are the defending champions.

Bengaluru FC was scheduled to face the winner of Abahani Limited Dhaka vs Eagles on 28 April 2022. However, due to lockdown and strict restrictions, the game was postponed. But now we have information about the game and its renewed schedule.

Abahani Limited Dhaka vs Eagles was cancelled as the Bangladeshi side pulled out of the competition because of travel restrictions and other restrictions. Eagles were promoted further and will face Bengaluru FC.

The revised fixture between Bengaluru FC vs Eagles will be played on 11 May 2022. The winner of this fixture will qualify for the group stage and play in the Group D.

The Playoff match will be played in the Maldives. The official timings of the Bengaluru vs Eagles fixture are yet to be released.

Indian football can watch Bengaluru FC vs Eagles live streaming match on Bengaluru FC’s official YouTube channel. There will be no telecast of the match in India.