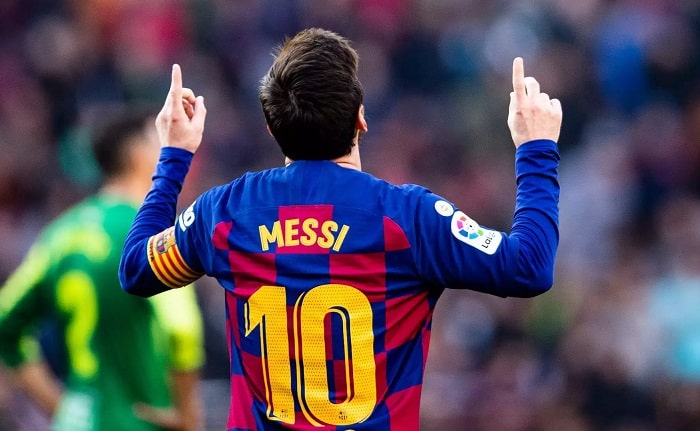 The Catalan club has been going through a turbulent time for the last few years: financial struggles, internal disputes in the hierarchy and among all, Leo Messi’s contract expiring. The severity of the situation is that the club cannot register any new arrivals in La Liga. Let us take a closer look at the Barcelona players salaries 2022-22, salary cap and Lionel Messi’s five-year contract extension.

The club has announced that it Club 1,044 million euros in debt. There has been a proposal of refinancing, which the General Assembly has approved of Delegate Members. Get over bringing back Neymar, the club can’t even sign Eric Garcia on a free.

The major short term issue is the La Liga imposed wage cap. La Liga has slashed Barcelona’s wage budget by nearly 40%. Barca had a salary cap of €671 million in 2019. Due to the pandemic and the administration of Josep Maria Bartomeu’s previous president, that number fell to €348 million in March of this year.

This has prevented the club from registering completed transfers. The Barca Board, in response, has taken drastic steps to bring down the wage bill. The club has been trying to cut down on their squad wherever you look.

Nice has signed Jean-Claire Todibo, who had been on loan with the French club, for a price of an initial €8.5 million. Francisco Trincao has also been cleared to join Wolves on loan, with an option to buy. Leeds have signed Junior Firpo on a deal reportedly worth €15 million.

Further attempts have been made to release Samuel Umtitti and Miralem Pijanic from their contracts. Martin Brathwaite and Philippe Coutinho have also been put up for sale.

What This Means For New Arrivals?

The signings Barcelona had under wraps are now just sitting on the sidelines till the situation improves. The likes of Eric Garcia, Memphis Depay, Kun Aguero have to all wait till the Catalan club abide the salary cap.

There have been furious attempts by the Barca board, but they are still far off the mark.

It is reported that Messi is content to stay at Barca, but the club cannot afford to sign him. With a monthly payment of £500,000, Lionel Messi is clearly Barcelona’s highest-paid player.

This alone makes up nearly half of the clubs yearly wage cap. Barca will not be willing to let their legend and the best player in the world go.

There have been talks of the Argentine to make a major pay cut in salary, but only time will tell how things unfold.