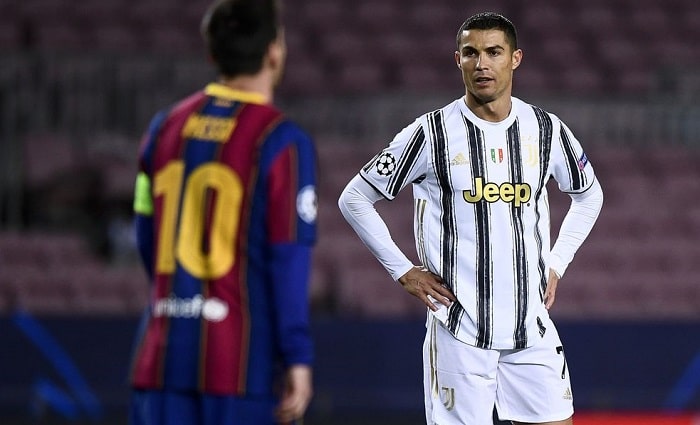 Ballon d’Or Messi vs Ronaldo Prediction: The world no. 2 players have captivated the GOAT debate like Messi vs Ronaldo. The greatest conundrum in world football since the Pele, Maradona debate. The question of who is the better of the two has dominated the minds of football fans everywhere for the past decade and will persist into the future.

Club and national allegiances can muddle judgement, while personalities have a role in how well a player is regarded, and most people already know who they’d pick.

Who is the greatest of all time, then? Regardless of who you prefer, we’ve looked at how the two stack up in a head-to-head matchup so you can go into the debate completely equipped.

Ballon d’Or Messi vs Ronaldo: Who will win?

Argentine striker Lionel Messi has finally won the 47th edition of Copa America silenced everyone, but would he win Ballon d’Or 2022?

The 2 are arguably the greatest goal scorers the world has seen. Let us take a look at the season-wise goal scoring exploits of Messi vs Ronaldo.

Although Cristiano leads the category, it is to be noted that Messi has played over 140 games less than the Portuguese goal machine.

Lionel Messi is fabled to be one of the greatest creators of all time. The Argentine regularly mentioned as one of the best at unlocking defences and putting chances on a plate for his teammates.

Messi is far superior to Ronaldo in terms of assists, and the disparity has grown even more prominent as their roles have evolved.

Playing for your country is one of the complete feelings of a footballer. The 2 have been great servants to their respective nations. They have been the main driving force behind their countries, national teams for the past decade.

Ronaldo is arguably the greatest international goal scorer of all time. Messi, who trails the ex-Real man, outshines him once again when it comes to international assists.

Taking home trophies has been a routine for the two throughout their career. The Argentine edging out Ronaldo.

Messi and Ronaldo have dominated the international scene for the past decade, collecting individual accolades by the dozen. Let us take a look at how they shape up against each other here.

The individual accolades show us how close the battle for supremacy has been over the years. We, as football fans, must be grateful to witness such a rivalry in our time.

The fight the be the greatest ever will rage on for a few more years to come, by the looks of it. Regardless of who comes out on top, the legacy of the two top athletes will remain immortalised in the sport.

But this year, Messi will win the Ballon d’Or 2022, as he was the top goal-scorer in the tournament, won the golden boot of Copa America and La Liga.