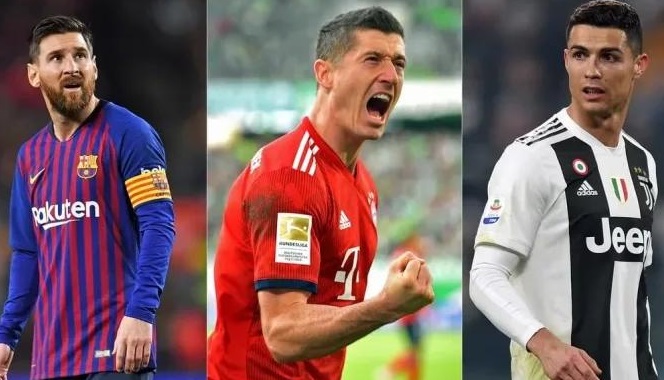 The race for the best footballer of 2022 begins, and these footballers are the best contenders to win the prestigious award based on our Ballon d’Or 2022 rankings.

Ballon D’Or is the most prestigious individual award in professional football. The 2022 Ballon D’or will be the 65th annual ceremony of this prestigious award. Lionel Messi won the award in 2019, making him the most successful men’s football player with 6 Ballon D’Ors in total. The previous edition of the award was cancelled because of the Covid pandemic, with nobody winning it.

With the 2022/21 season for all the major leagues are kicking off. Let’s look at the favourite players for the Ballon D’Or 2022 who could win the award.

Erling Haaland has caught the eye of everyone since entering the world stage in late 2019. The 20-year-old was signed by Borussia Dortmund in January 2022 and has been in sensational form.

Since joining the German side, Haaland has scored 59 goals in 62 appearances for them. He finished third in the 2022/21 Bundesliga season with 27 goals.

He recently won the DFB Pokal cup 2022 with Dortmund, and his extraordinary stats make him a probable contender for Ballon d’Or 2022.

Harry Kane’s form was the opposite of Tottenham’s season. Even though the Spurs had a terrible season overall, Kane did not fail to perform.

The England Captain was Premier League’s Top Goalscorer and Top assister for the 2022/21 season with 23 goals and 14 assists to his name. Even though his chances of winning the Ballon D’or are almost zero, he still makes a list because of his phenomenal record.

Ruben Dias is regarded as the best defender of the 2022/21 season across all major leagues. The 24-year-old centre back joined Manchester City from Benfica in 2022.

He was rock solid at the centre of City’s defence and played a vital role for City to clinch the Premier League title. He has already won 2 trophies with the city, and if they win the Champions League final, another trophy will be added to his name.

The Belgian Striker had a tremendous season in front of the goal as he finished Serie A 2022-21 season as the 2nd highest goal scorer and assister. Lukaku grabbed 24 Goals and 11 assists in the season and was the main player of Antonio Conte’s Inter.

With 18 goals and 12 assists in the Premier League this season, Bruno Fernandes was undoubtedly Manchester United’s best player. He stands at no. 6 positions on the Ballon d’Or 2022 power rankings. With immaculate records and sensational form, Fernandes has some hope of making the Ballon D’or list. T

The only thing missing is trophies, as the red devils had another trophyless season. Their only hope for silverware was doomed because of the loss in Europa League Final.

READ: Best Footballers in the World

Kevin De Bruyne is regarded as Manchester City’s Best player. He already has 2 trophies to his name and might win another one if City wins the Champions League final.

He recorded 12 assists, scored 6 goals in the Premier League, and is one of the contenders for Ballon d’Or.

It is indeed shocking to see Ronaldo fall down the ranks of Ballon D’Or, but that is the reality. This dip in ranks can be attributed to Juventus’ awful season. The Turin club failed to win the Serie A and was knocked out of the Champions League.

Nevertheless, Ronaldo kept his form intact as the 36-year-old was the leading Goalscorer of Serie A with 29 Goals to his name. He also won the Coppa Italia and the Italian Super Cup with Juve. CR7 Still is one of the top contenders for Ballon d’Or 2022.

Lionel Messi single-handedly carried Barcelona on his back. The 6 time Ballon D or winner won the Pichichi, i.e., the award for La Liga’s Top goalscorer fifth season in a row.

The magician scored 30 goals and provided 9 assists in what was a mediocre season for FC Barcelona.

PSG starlet Kylian Mbappe is the frontrunner to win the Ballon D’Or. The 20-year-old PSG forward ended the Ligue 1 season as the league’s top goalscorer. He scored 27 goals and provided 7 assists in a marvellous season. The only thing which could stop him from winning this prestigious award is the lack of trophies. PSG failed to win the Ligue 1 and was knocked out of the Champions League in the semi-finals.

Lewandowski was robbed of his Ballon D’ Or last time as the awards were cancelled. He is undoubtedly the favourite to win the Ballon d’Or 2022 award. His recording-breaking statistics speak for him and justify his lead in the contenders’ list.

Lewandowski won the Bundesliga and the German Super Cup with Bayern Munich in the 2022/21 season.

This was a record-breaking season for the Polish Striker, who finished the season with 41 goals and 7 assists in Bundesliga, breaking Gerd Muller’s record.