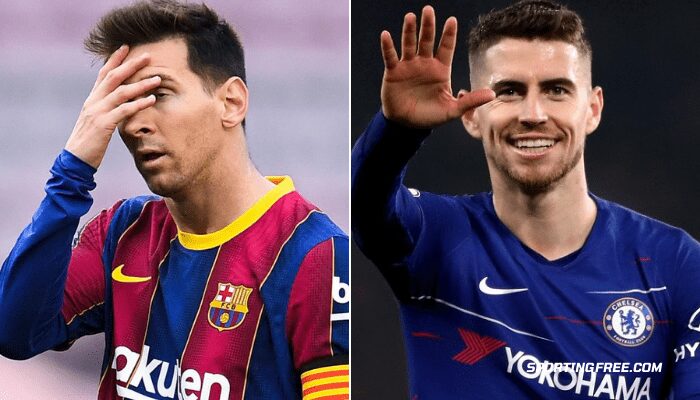 The award is back after being cancelled in 2022 due to Covid-19. Along with its return it brings the usual conundrum of who the recipient is going to be. Italy defeated England and Argentina registered victory over rivals Brazil to win the Euro and Copa America trophy respectively. But still, it’s not clear who will win the 2022 Ballon d’Or award?

With the end of the football season and the completion of the EURO and Copa America, speculation over who will win the Ballon d’Or in 2022 has begun. Let us take a look at some of the top players who have a chance of winning the award based on Ballon d’Or 2022 power rankings.

The Copa America victory of Argentina has increased the chances of Messi to win his seventh Ballon d’Or award, but he is getting tough competition from Jorginho, Lewandowski and Ronaldo for the award.

Cristiano Ronaldo, 36, of Portugal, is the oldest candidate after a good season with Juventus, when he was the leading goal scorer and won the Capocannoniere trophy, scoring 29 goals in 33 appearances.

Kante’s Man-of-the-Match-winning performances in the Champions League’s latter stages may be enough to give him a spot in the top three. He has come a long way from where he started and is finally recognised for his work rate.

He’s on the list because all football fans finally recognise his talent and all admire his perseverance. But he now appears to be on the outside looking in at the Ballon d’Or podium.

Jorginho was neither the best player in Chelsea’s UCL winning run nor Italy’s finest player at the Euros. But did he play an integral part in both? Yes.

It’s ‘Modric’s Law’ in full effect, and while the Azzurri star may not be able to repeat the 2018 winner in taking the ultimate individual trophy, he now has a realistic chance of making the podium.

Was this 2022 there was only going to be one man’s name on the trophy, and that was Robert Lewandowski. In just 29 games in the Bundesliga, he scored 41 goals, demonstrating his prolific goal-scoring and breaking the long-standing record of Gerd Muller.

He also netted 3 goals in 3 games at the Euros as Poland crashed out in the group stage. Unlucky to miss out on the award last season/ it looks like this year will be the same.

After a stellar campaign at the club level, his supreme form carried into the international arena as well. He was named Player of the Tournament and Golden Boot winner at the Copa America.

He scored four goals, added five assists, and was directly involved in nine of Argentina’s 12 goals in the Copa America final victory over Brazil.

Now the Argentine looks all set at securing Ballon’d Or award number 7.

The Ballon d’Or Power Rankings is based on goal.com but still, it’s not clear who will win the award.