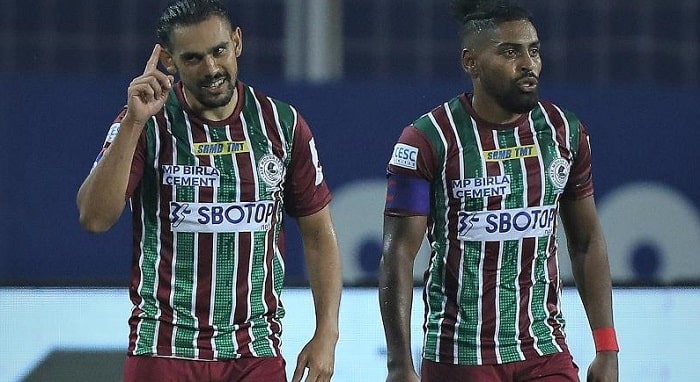 ATK Mohun Bagan ISL 2022-22 News: ATK Mohun Bagan has been a part of the Indian Super League since 2022. The club is a merger of the most successful club of ISL, ATK and the oldest football club in India, Mohun Bagan. ATK Mohun Bagan performed exceptionally well in its debut ISL campaign last season. The mariners ended the 2022 ISL season as the runner ups of the tournament.

After a successful first season in the Indian Super League, which saw their team reach the tournament final, ATK Mohun Bagan will now be aiming for the ultimate glory in the upcoming ISL 2022/22 season. Here is how the Kolkata based club is preparing for their second season of ISL.

ATKMB have increased the depth of their goalkeepers by signing goalkeeper Amrinder Singh from Mumbai City FC. Amrinder was the most capped player in the history of Mumbai city with 84 appearances.

The shot-stopper played 23 matches and kept the joint-most clean sheets last season. It would be interesting to see how the Indian international will pair up with Arindam Bhattacharya, who was the first choice keeper of ATK Mohun Bagan.

Another notable signing by ATK Mohun Bagan this season is Hugo Boumous. The midfielder has joined ATKMB from the defending champions Mumbai City FC for ₹18.83 million. The 25-year-old is considered one of the best midfielders of the Indian Super League. Boumous has signed a five year deal with ATK Mohun Bagan and will light up the club’s midfield with his talent.

ATK Mohun Bagan has roped in Finland midfielder Joni Kauko from Esjerg FB. The Finnish international is a notable personality who last played a football match during Euro 2022 Campaign. Joni Kauko’s arrival will bring the experience in ATKMB’s midfield, and young midfielders of the team will get to learn from him.

ISL 2022-22 schedule is set to kick off on 19 November 2022, while the ATK Mohun Bagan fixtures are yet to announce by the organization. The complete squad of ATK Mohun Bagan for the 2022-22 season will be confirmed after the closing of the transfer window.