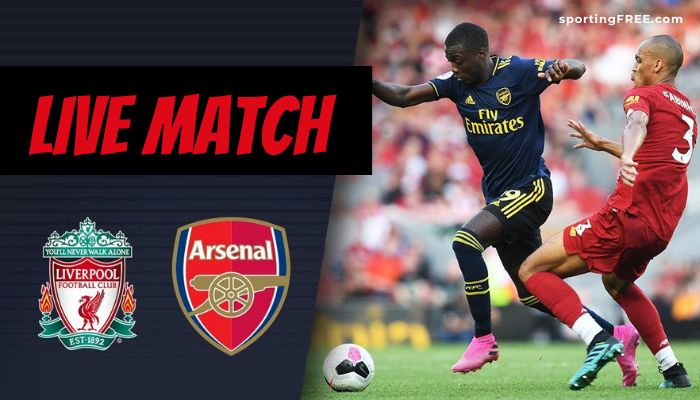 Arsenal is up against Liverpool in the Premier League clash, Here’s how to watch Arsenal vs Liverpool live streaming free on Saturday, April 3. Get a TV channel, how to watch online, news, and kick-off time details.

The English Premier League will be back after the International break this coming weekend when Arsenal will host Liverpool on a late Saturday kick-off at Emirates Stadium. The match was preponed from Sunday to Saturday, April 3 due to the Champions League quarter-final tie between Liverpool and Real Madrid on Tuesday. There will be no fans inside the stadium due to coronavirus restrictions but it can be viewed on tv channel as well as Arsenal vs Liverpool live stream online options are there for the fans.

After a terrible start to the season by Arsenal, they managed to pick themselves up but still stand deep down at a lowly 9th place in the PL table. Liverpool, in contrast, had a flying start to the season and have endured a touch spell since the boxing day as they have won just four of their fifteen Premier league matches since the 7-0 win over Crystal Palace in December as they are struck just outside the Top 6.

When To Watch Arsenal vs Liverpool Live Coverage?

Liverpool’s clash with Arsenal will be shown live at 7.15 PM GMT ahead of the 8 PM kick-off for the locals.

Viewers from India can watch the Arsenal vs Liverpool live coverage at 12.30 AM IST on Sunday (04/01/2021). The ones who will be streaming the match from the United States can tune in at Noon PST.

The match can be viewed in either Sky Sports Main Event, Sky Sports Premier League, or Sky Sports Ultra HD in the UK. The Sky Sports app is available for download for iOS, Android and Windows users. It will be telecasted on Star Sports and streamed on Hotstar VIP and Disney+Hotstar in India.

It will be telecasted on NBC and NBCSN and you can live stream Arsenal vs Liverpool game on NBC Sports App, fuboTV in the USA.

Liverpool will continue to be without Center backs- Virgil van Dijk, Joe Gomez, and Joel Matip while Jordan Henderson is another long-term absentee. Divock Origi might be sidelined but hasn’t been confirmed about the availability after having a muscle injury.

Arsenal will be concerned about Bukayo Saka’s availability after the Wing back returned earlier to recover from the England squad in the recently ongoing World cup qualifiers. Martin Odegaard might be doubtful after getting a knock on the ankle while playing for Norway last week.

Both the Premier League heavyweights have faced each other 57 times in the recorded history. Liverpool has a better win ratio with 22 wins compared to 17 wins registered by the North-Londoners and 19 draws in total. Arsenal has though won it 10 times in their home against Liverpool while Liverpool has won 7 times in both Emirates and Highbury.