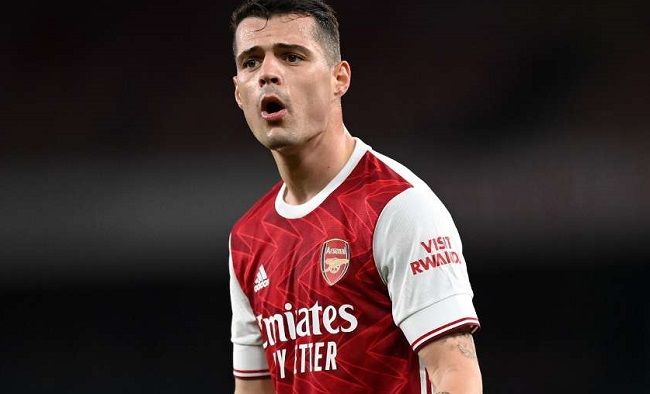 Arsenal transfer news: Th club is all set to make a deal to sign a midfielder to replace departing Granit Xhaka.

Arsenal had one of their worst seasons ever in the calendar year of 2022/21. The gunners finished 8th in the premier league table and failed to qualify for any European tournaments for the first time.

A woeful 2022 campaign saw Arsenal perform inconsistently in the Premier League and crash out of the Europa League semifinal. Mikel Arteta is in desperate need to change the club’s fortunes for the upcoming 2022/22season.

In an attempt to revamp his side, The Arsenal manager is ready to let go of some of the big names from the club during the upcoming transfer window. Granit Xhaka is one of the biggest names of the Gunners who are on the radar of clubs after reports suggested that Italian club Roma is interested in signing the 28-year-old midfielder.

Xhaka was one of the only few Arsenal players who performed greatly in the season. According to the sources and reports in Italy, AS Roma under their newly appointed coach Jose Mourinho are in pursuit of the Swiss midfielder of Arsenal. It is reported that Granit Xhaka is also keen to leave the north London club and Arsenal will demand around £20-40 Million for the midfielder.

The transfer of Xhaka appears to be a decided deal as Arsenal have started scouting for a midfielder to replace the departing Xhaka. It will be a hard task for Arsenal to find a player of Xhaka’s talent and quality.

According to reports, Arsenal has set its eye on Ruben Neves. Wolverhampton has made the Portuguese midfielder available for the upcoming transfer window to generate funding for their new incoming manager.

The 24-year-old Portuguese midfielder is one of the most talented young midfielders in the Premier League and could be available for around  £35 Million.

Reports suggest that Ruben Neves will be the perfect find for Arsenal and will occupy the midfield besides Thomas Partey. While Thomas will provide the defensive backup for the gunners, Neves will be a constant attacking threat from midfield.