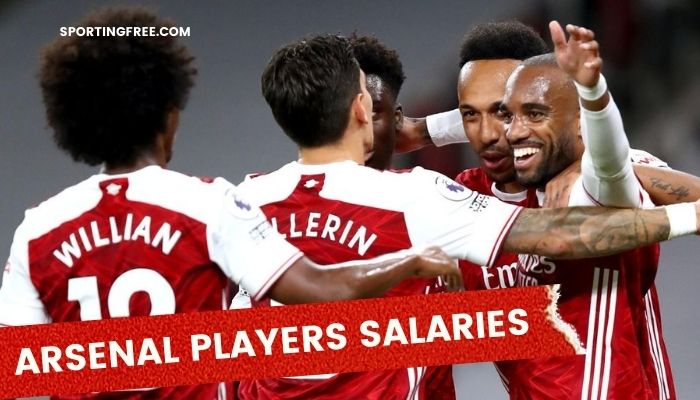 Arsenal, undoubtedly one of the greatest English clubs in Europe, was established in October 1886. After its formation, the London based club has become one of the most recognized football organizations in the world and is considered among the top six clubs in the Premier League. Thus, the management has decided to increase the Arsenal players salaries for the 2022-21 season.

The Gunners under Arsene Wenger were given the name of “The Invincibles” in their 2003-04 Premier league Campaign after winning the League unbeaten. They are the only team to achieve this feat to date.

Under new manager and former Arsenal captain Mikel Arteta, the Gunners have changed their playing style, though they finished 8th in Premier League but managed to claim their record 14th FA Cup.

The Gunners’ elimination from the Champions League over the past four seasons has to slip them a few rankings below the top-richest football clubs. However, with the financial backup, they are still a powerful force to sign the most prominent names. Arsenal’s total value is around 993 million USD.

The club always tried to bring in the big names but wasn’t able to make any reasonable offers, thus only managed to bring in Defensive midfielder Thomas Lartey, former Chelsea winger William da Silva, goalkeeper Rúnar Alex Rúnarsson from Dijon and centre back Pablo Mari. They had to let go of Emiliano Martínez, Lucas Torreira, Matteo Guendouzi and Henrikh Mkhitaryan.

Who is the highest-paid player in Arsenal?

The highest-earning player in the current arsenal squad has changed this year after the club offered Pierre-Emerick Aubameyang a new lucrative deal. According to rumours, after signing a new contract with the club, Aubameyang would gain (£350,000) a week before tax, his previous contract paid (£200k) a week.

Mesut Özil isn’t featuring in the playing eleven but still earns £350,000 a week. Brazilian Willian is third on the list with a contract of £220,000, followed by Frenchmen Alexandre Lacazette who earns £182,000 a week. Club spending rises to (£33.6 million) on these player contracts.

Recently -Pablo Marí, Cédric, Willian and Gabriel have signed with Arsenal for the 2022-21 season. Gabriel was paid (£90,000), and Pablo Marí earned weekly earnings (£85,000) at his new club. Arsenal is well recognized to pay over the edge for known football stars.

Looking at the Arsenal players salaries, the club seems to have taken on the initiative to pay even more to their footballers.