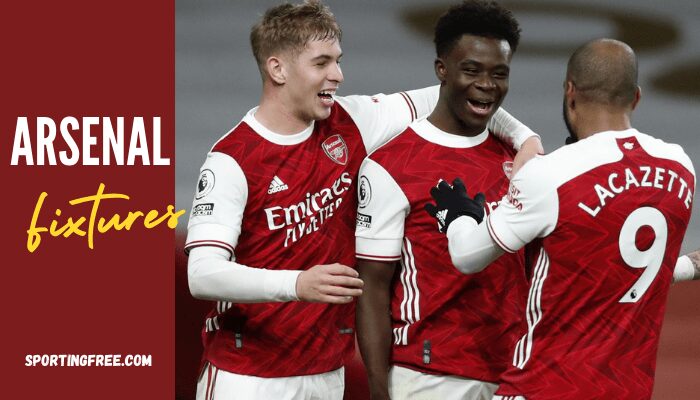 Arsenal Premier League 2022/22 Fixtures: When do they play the first & last game?

Arsenal has got their Premier League fixtures for the 2022-22 season. Look when they face the top teams.

Arsenal is a team on which the burden to perform every year increases as a season goes by. Last year the Gunners could only finish 8th, missing out on European Competitions. Their performance throughout the 2022-21 season was not at the level they are expected to perform. Will this season bring some life back into Arsenal? Let’s look at Arsenal fixtures for the upcoming Premier League season.

Mikel Arteta’s side will face the newcomers, Brentford away from home, on 13th August. The match against Brentford can be tricky, but this could also be an idle start for Arsenal after a disappointing season.

On 22nd August, Emirates will host the first London Derby of the season. The UCL Winners, Chelsea, will be the favourites to win, but The Gunners can stun The Blues early in the season. It won’t be easy for Arsenal to travel to Etihad to take on the Champions, Manchester City. The match will take place on 28th August and promises the fans an exciting watch.

Arsenal’s first North London Derby will be played on 25th September at the Emirates. Both the teams were disappointing last season, as both finished outside of the top 6. With Nuno’s appointment and possible Harry Kane departure, the Derby will be full of surprises.

The return fixture will take place on 15th January at Spurs Stadium.

Arsenal’s Boxing Day fixture is against another newly-promoted side Norwich away from home. Wolves will follow this on 28th December and Manchester City on New Year’s Eve.

With no European competition to focus on, Arteta’s Arsenal can put all their focus on Premier League. Will Arsenal manage a European Competition spot at the end of next season?