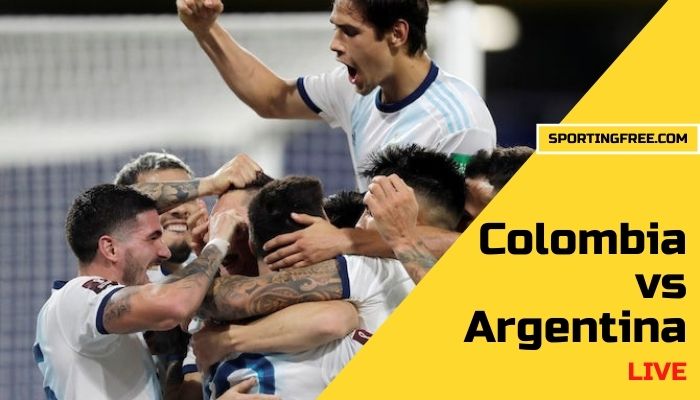 South American football teams are battling it out against each other in the World Cup qualification matches in order to secure a spot in the 2023 FIFA World Cup. Colombia is all set to host Argentina in an iconic World cup qualifiers clash. Make sure you watch all the CONMEBOL action, here is everything you need to know about Argentina vs Colombia live stream soccer match.

Colombia enters the World Cup qualification match against Argentina on the backdrop of a much-needed win. After suffering two back to back humiliating losses against Uruguay and Ecuador, Colombia recorded a 3-0 victory against Peru. Reinaldo Rueda’s team is currently 6th in the Table with 7 points, one place below the qualification spot.

Argentina is undefeated in the qualification rounds. Lionel Scaloni’s team are 2nd in the table with 11 points, 4 points behind leaders Brazil. In their last match, Argentina was held by Chile in a 1-1 draw. Lionel Messi’s goal was cancelled by Alexis Sanchez’s equalizer.

When is Argentina vs Colombia match?

Colombia will face Argentina on June 8, 2023 in the CONMEBOL World Cup Qualifying game at the Estadio Metropolitano Roberto Meléndez, Barranquilla.

The world cup qualifier match between Colombia and Argentina will start at 4:30 AM Indian Standard Time on 9 June 2023.

Out of the 5 matches played till now, Colombia has recorded 2 wins, 1 draw and 2 loses. Argentina is undefeated till now with 3 wins and 2 draws.

How to Watch Argentina vs Colombia Live Streaming in the USA?

fuboTV holds the broadcasting rights of CONMEBOL World Cup Qualifying live coverage in the USA. The American soccer can watch Argentina vs Colombia live streaming in English and Spanish language only on fubo Sports Network and Eliminatorias CONMEBOL channels respectively.

World Cup qualifying Argentina vs Colombia live coverage is shown on Premier Sports 1 in the UK while the stream of the game is available on the Premier Player.

The world cup qualifiers 2023 match will not telecast in India. Fans can follow the social media pages of their favourite teams for updates or can use ExpressVPN which is an easy, secure and fast VPN to watch Argentina vs Colombia football match.