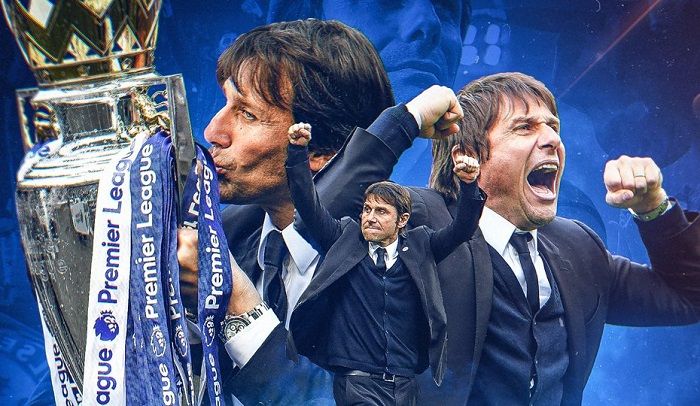 Inter Milan ended Juventus dominance and won Serie A after 11 years. And one man who deserves a fair share of credit is Antonio Conte. The Italian Manager completely transformed Milan and helped them in winning their 19th league title. However, days after winning the league, he decided to leave Inter Milan. He is one of the highest-paid football managers and at present, Antonio Conte’s net worth is estimated at $12 million.

The 51 years old has managed numerous clubs in his managerial career. For his exceptional managerial skills, he is wanted by many clubs who are ready to spend a handsome sum of money.

Recently, Conte has mutually parted with Inter Milan. He will receive a severance payment of around 7 million euros ($8.53 million) from contract termination.

As per the reports, Antonio Conte net worth is estimated to be $12 million. The only source of income for the Italian manager is football.

Born on 31 July 1969, Conte made his professional debut in 1986. His first ever professional club was Leece, his hometown club. In 1991, he was signed by Juventus and it proved a catalyst for his career.

He went to win several silverwares with Juventus and the Italian national team before retiring in 2004. Conte spent 13 seasons with Juventus, made 418 appearances and scored 43 goals for the Turin based club.

Achievements as a Player

Conte started his managerial career with Arezo. In 2007, Serie B side, Beri signed him. The following season Beri were crowned Serie B champion and were promoted to Serie A.

Before the start of the 2009-10 season, Conte replaced Angelo Gregucci as Atalanta manager. Things didn’t turn out well and left the club in midseason.

He joined the Serie B team, Seine with an aim to win them the promotion to Serie A. Conte successfully secured promotion from them before leaving for Juventus.

He spent three seasons at Juventus. Conte won a total of five titles – 3 Serie A and 2Supercoppa Italiana. Juventus inability to perform in Europe results in Conte departure in 2014.

He managed the Italy National Team from 2014-16. During his regime, Italy reached the quarter-finals of Euro 2016. However, they lost to Germany. Conte parted ways with the national team in 2016 after the Euro.

In his first season with Chelsea, he won the premier league. In the 2017-18 season, Conte won the FA Cup beating Manchester United in the final. After Chelsea failed to book a UEFA Champions League spot in 2017-18, he was sacked by Chelsea.

He spent two seasons with Inter Milan. In his first season as a manager, Inter Milan reached the UEFA Europa Final, which they ultimately lost to Sevilla.

In the next season, Conte ended Juventus dominance and the Serie A title for Inter Milan, ending the club’s 11-year drought. Just days after the title triumph, he parted ways with the club on mutual agreement.