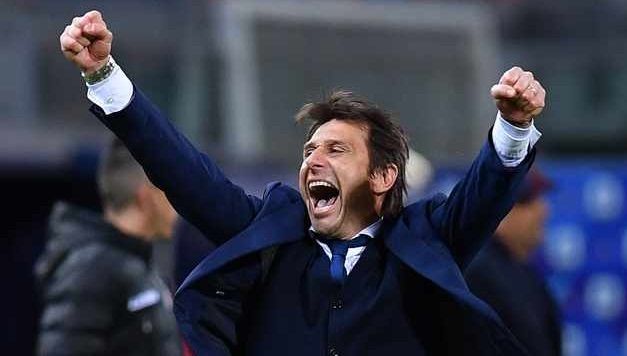 Antonio Conte leaves Inter Milan days after helping the club to win their first Serie A title in 11 years.

Inter Milan’s manager, Antonio Conte has left the club just after guiding the Serie A team to their first Scudetto after a decade 19th title overall. The Italian decided to depart on a mutual consent just three weeks after winning the Serie A.

FC Inter Milan is set for a mass evacuation as the Nerazzuri is forced to sell €80 million worth of players in the upcoming transfer window.

Inter wanted to cut salary costs by 15-20% and player departures would be necessary for it and Conte was not ready to work with a downsized project.

Inter Milan’s Chinese owners are in a bad financial situation. The Suning group had to seek out a loan from the American investment firm Oaktree Capital to stabilize the funds.

Inter Milan will have to pay a compensation of €7 million to Antonio Conte for terminating his contract early. The Italian had one more season left in his contract which was due to expire in 2022 and was set to earn €13 million in salaries.

Conte is regarded as one of the best managers in world football. He joined Inter in 2019 and his impact was felt immediately. Although Milan did not win any silverware in his first season, they managed to record phenomenal results.

The Nerazzurri finished the 2019/20 Serie A season with second place just one point behind the then champions Juventus. Conte also guided them to the Europa League final of 2019 which Inter ended up losing against Sevilla.

With the help of world-class signings like Romelu Lukaku, Achraf Hakimi, Christian Eriksen; Antonio Conte guided Inter Milan to the Serie A title ending the nine-year domination of Juventus.

He won the league with four matches to spare and a points difference of 12 between Inter and second-placed AC Milan. Massimiliano Allegeri and Simone Inzagi are favourites to replace Conte at Inter.

Where next for Antonio Conte?

There are many speculations about Antonio Conte’s future after departing from Milan. According to some reports, the 51-year-old is heavily linked with Real Madrid and Tottenham Hotspur.

After an unsatisfactory season under Andrea Pirlo, Juventus might also try to reconcile with their former coach Conte.